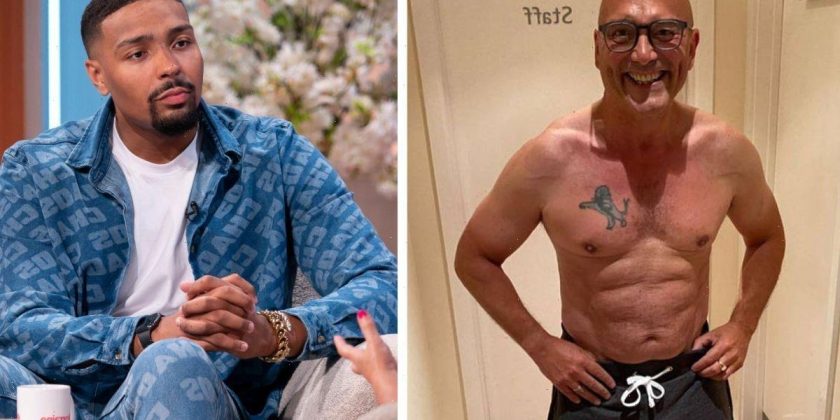 Party at the Palace: Diversity perform homage to Brit pop

Jordan Banjo, 32, went through a dramatic transformation from a “morbidly obese” teen to an international superstar after he started performing with dance troupe Diversity. The star has been named as the new host of the BBC show Eat Well For Less, but has admitted he’s feeling the fear about taking over from predecessor Gregg Wallace.

Jordan recalled to Express.co.uk: “When the call came in asking if I would be involved in the show, [I felt] 90% fear and 10% excitement.

“It’s scary to jump into the shoes of Greg Wallace… they’re big shoes to fill.”

Gregg, who is also famous for co-presenting Masterchef and its spin-off shows, had previously been hosting Eat Well For Less alongside Chris Bavin.

However, he had more TV commitments than he could juggle, and Jordan was asked to step in.

Thankfully, Jordan sparked up a strong friendship with Chris from the start which helped to calm his nerves.

“I was relieved… because there’s nothing worse than a couple of situations [I’ve been in] before,” he recalled.

“It’s not that you don’t get on with people, but they’re not necessarily your friends outside of the show, whereas with someone like me and Chris, we text, we get on, he brought his kids to come and see Diversity on tour.

“And he’s just a great guy, so we had a lot of fun filming regardless, before any of the scary stuff!” he added.

Despite his initial anxieties, Jordan is well-placed to help those looking for high quality, low-cost food, as he went on a similar mission himself during his own health journey.

When he first sprung to fame on Britain’s Got Talent, the star recalled that he was “morbidly obese”.

“I was in a dance group and probably one of the most unhealthy people you could ever know,” he exclaimed.

However the success of the troupe spurred him on to “get fit” – and now he wants to teach others to do the same.

There’s also another major issue affecting the public right now that he’ll be covering on the show – budgeting.

“In this day and age post-pandemic, we’ve got everyone wanting to save a bit of money, plus the fact we’re seeing the cost of living rise the most anyone’s ever seen before,” Jordan mused.

“If [the show] helps you feel good and save a bit of money, why not watch it?

“You’re gonna have a laugh and hopefully pick up some tips and tricks so [it’s] definitely something to keep an eye on!”

“When I started the show, I was like ‘Wow!'” he admitted.

Jordan continued: “Even when you think you’re saving or think you’re doing this or that, you can always be doing a bit more.

“If you’re trying to save a bit of money, it’s definitely one to watch.”

Eat Well for Less airs on Thursday evenings at 8pm on BBC One.