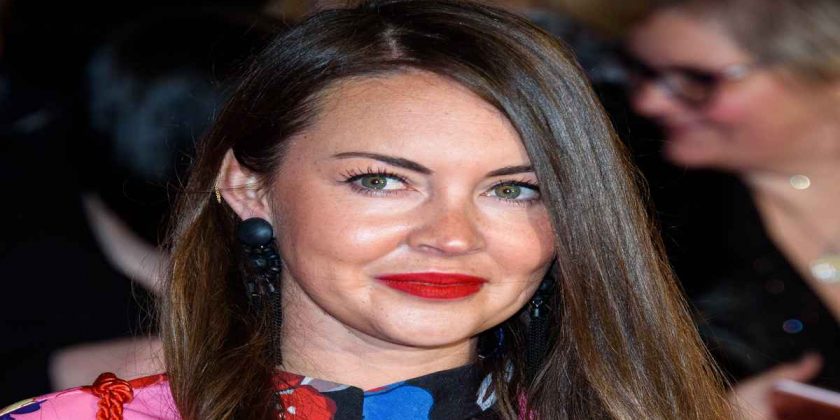 Little Dusty is the first child for Stacey Fowler actress Lacey and her husband Matt Kay.

Weeks after welcoming her tot, Lacey revealed that she took Dusty to meet her sister Daisy for the first time.

The 31 year old actress documented the pair’s emotional first meeting on her Instagram. In a gorgeous picture, Lacey’s sister Daisy is seen with tears in her eyes as she cradles her niece for the first time.

Dusty is cute as a button in the snap as she lies on her auntie's shoulder, wearing a green and white gingham dress and an adorable smile on her face.

Some of Lacey’s EastEnders co-stars commented on the gorgeous snap, with Louisa Lytton writing: “You made it", while Patsy Palmer commented: “Beautiful.”

Lacey has reportedly already made a return to Albert Square less than four weeks after giving birth.

The show favourite was said to have been spotted back on the set of the BBC soap just last week.

Speaking to the Daily Star, a show source said: “Producers decided it was the right time for Stacey to come back.

“They didn’t know if Lacey would want to reprise her role and return so soon after having a baby but she jumped at the chance. It’s going to be part of one of the show’s big autumn storylines.”

Lacey’s onscreen return will not air until early November, with a show insider claiming her comeback will be gradual.

The source said: “Initially, it will be a short stint to reintroduce the character and then she’ll be back full-time a few months later.”

Lacey opened up on Dusty’s birth to OK! magazine , revealing she felt "lucky" with her short and "amazing" labour, saying: “I had the most amazing birth and I feel lucky to be able to say that. I went into labour at 2am on Friday July 12 and had her at 8.45am, so it was a short labour and it was five days before my actual due date.

“My contractions started coming every four minutes and within an hour they were every two minutes. I had the loveliest midwife, too."

She added: “Dusty was back-to-back and she allowed me to have a water birth, whereas some women are sent for a Caesarean at that point.”