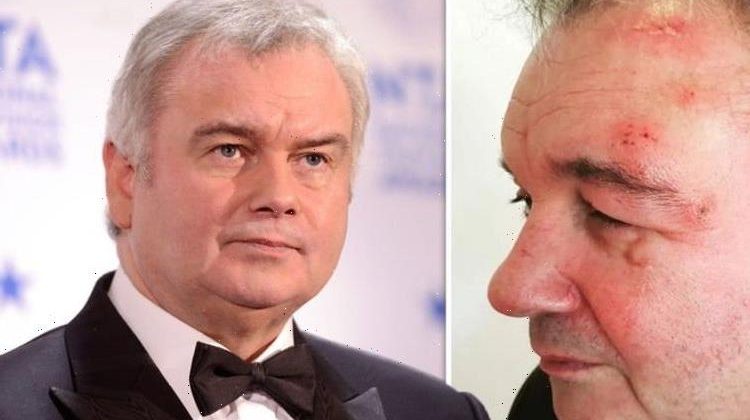 This Morning presenter Eamonn Holmes remembers being horrified when the doctor informed him that the shingles he was diagnosed with could cause him to go blind. Eamonn, 61, described how seeing himself in the mirror with red scars all over his face was like “waking up in a horror movie”.

The presenter contracted the illness back in 2018, but only spoke about his experience publicly this year in order to raise awareness and help people to avoid the ordeal he went through.

Describing the first time he looked at himself in the mirror with shingles, he said: “I literally jumped back at my image shouting ‘what the heck is this?’

“It was like waking up in a horror movie.”

He then explained how the threat of blindness came as a terrifying shock soon after.

“When I called my doctor and said it was on my face the first question was, ‘Is it near your eyes?’

“‘Don’t touch your eyes because it could affect your vision – you could go blind.’

“It was panic stations,” he told The Mirror.

Shingles is a rash caused by the reactivation of chickenpox in the body when a person’s immune system is lowered.

When people get chicken pox, the virus remains in the body but only certain conditions can cause it to turn into shingles, such as stress or specific treatments like chemotherapy.

A person can’t catch shingles from someone with the illness or chickenpox, but the likelihood of someone suffering from the illness or experiencing it severely significantly increases after the age of 50, as the immune system begins to weaken.

Eamonn cited stress as the reason for the illness.

Last month, the presenter shared a picture of himself when he suffered from the condition back in 2018 with his 746,000 followers.

In the photo, his face looked red and swollen with visible marks and scars on his skin.

Under the post he thanked ITV News and Loose Women for letting him spread awareness of the illness.

The broadcaster also acknowledged that the time he had taken off work to recover from the shingles was partly necessary because he did not believe he could appear on television with his face looking the way that it did.

The star described how he was “blissfully ignorant” of the disease beforehand, which is why he felt it was important to raise awareness in spite of its high recovery rate.

Alongside raising awareness of shingles, Eamonn is also an advocate for numerous charities, including Dogs Trust, children’s charity Variety and the Northern Ireland Kidney Patients’ Association.

Eamonn is most recently known for co-hosting This Morning with his wife Ruth Langsford, which he has been doing part-time since 2006.