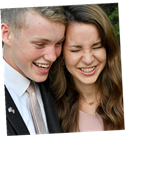 Earlier this week, the world learned that Justin Duggar is courting Claire Spivey.

The news came on the heels of nearly two weeks of hype, during which the Duggars teased a big announcement that would be made on Tuesday night’s episode of their TLC reality show.

Counting On ratings have been declining for years, and this seemed to be exactly the sort of stunt the family needed in order to remain relevant.

But in the days leading up to the big announcement something unexpected happened.

For reasons that defy logic, the Duggars decided to let the cat out of the bag.

First, they released a preview clip in which Justin — who rarely appears on the show — joined a video conference with the rest of the family to reveal that he had some “big news” to share.

As if fans needed further confirmation after that, the Duggars introduced Claire to the world with a preview clip that debuted just hours before Tuesday night’s much-hyped episode.

This seemed to defeat the purpose of the big announcement.

The Duggars are nothing if not PR experts, and here they were bungling their courtship announcement in years.

Many fans leapt to the conclusion that it didn’t make sense.

They figured there must be something more going on — after all, the Duggars wouldn’t draw in viewers by teasing a big announcement just to let the cat out of the bag before the episode even aired, right?

For some people, this theory fueled a very specific type of wishful thinking:

Prior to Justin’s announcement, they were hoping that Jana Duggar would be the one who was courting.

Jana is still single at 30, and apparently, some folks find it deeply upsetting that Jim Bob and Michelle’s eldest daughter is unattached.

They were certain that Jana would be the subject of this week’s announcement.

Then, when the big reveal was bungled, they started to get desperate in their reasoning.

According to a rumor that made the rounds on social media, Justin’s courtship was not the long-hyped big news, and the Duggars actually had a second — and even bigger! — courtship unveiling on the way.

Most jumped to the conclusion that Jana had finally found Mr. Right, but a few were under the impression that there would be an announcement involving a Lauren Caldwell courtship.

Lauren is the sister of Joseph’s wife, Kendra Caldwell, and rumors have tied her to two of his brothers, James and Jason

But thus far, there’s been no confirmation of a second romantic link between the Duggar and Caldwell families.

Another possibility involved Jeremiah Duggar, who has reportedly been spotted in the company of a woman named Katey Nakatsu in recent weeks.

An announcement might be forthcoming on that front, but at the moment, it doesn’t look as though Jeremiah and Katey are ready to make anything official.

Yes, we hate to be the bearers of bad news, but at the moment, it looks as though Justin is the only Duggar who’s courting.

Are there other announcements on the way eventually?

Of course — Justin has five older siblings who are single, and most, if not all, of them will be paired off at some point.

But for now, we guess Duggar fans will just have to be content to offer Justin their congratulations and hope that wedding bells will be ringing soon.