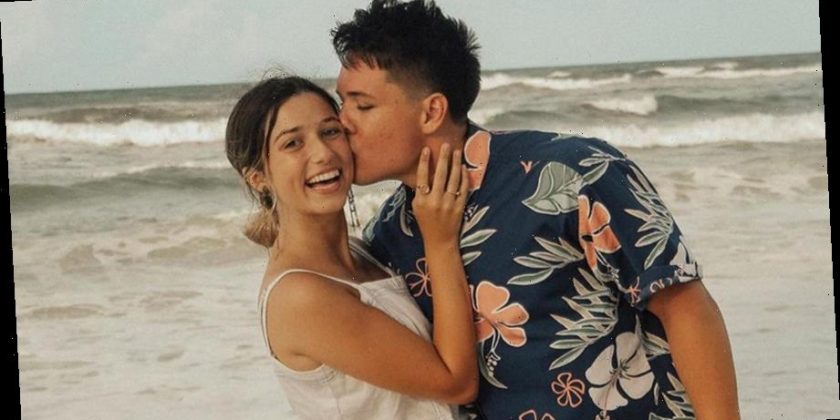 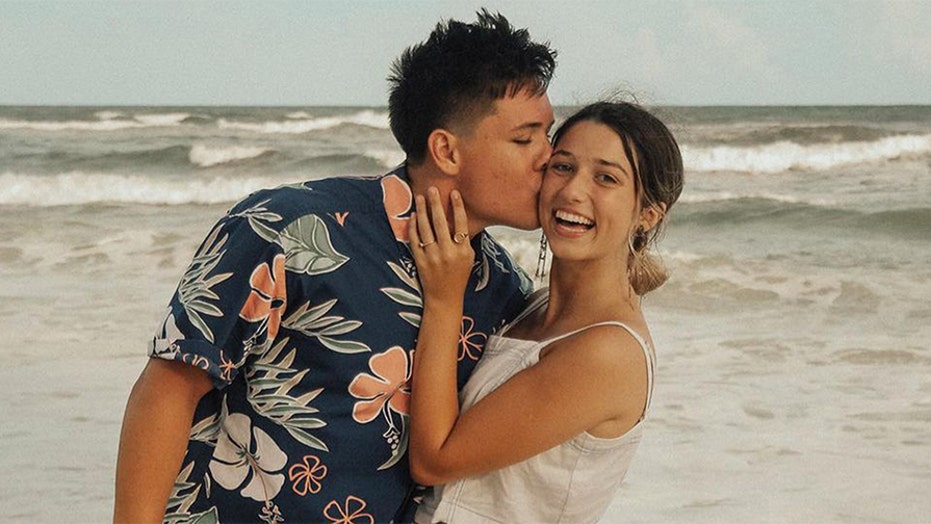 EXCLUSIVE: At age 18, Bella Robertson is ready to say “I do.”

The former “Duck Dynasty” star confirmed the day after Thanksgiving that she is engaged to boyfriend Jacob Mayo. Her beau also took to Instagram where she showed moments before, during and after the proposal, which took place in a barn he decked out to pop the question.

The couple, who commemorated their six-month dating anniversary in November, are now eager to begin planning for a summer 2021 wedding. The reality TV star credited faith to blessing her relationship with Mayo.

Robertson spoke to Fox News about getting engaged, planning a wedding during a pandemic, how faith has played a crucial role in their relationship and whether they plan to start a family anytime soon. 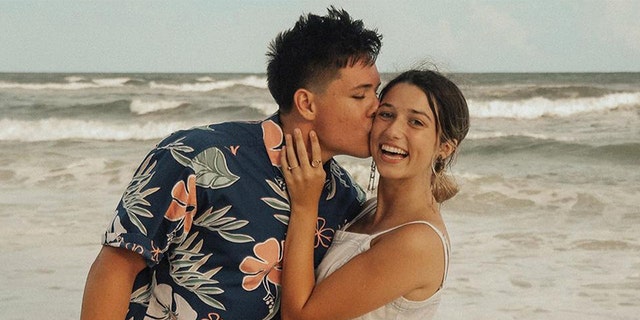 Bella Robertson confirmed the news of her engagement to Jacob Mayo the day after Thanksgiving 2020.
(Photo courtesy of Bella Robertson)

Fox News: Congrats on the engagement! What was going through your mind when Jacob Mayo proposed?
Bella Robertson: Thank you – I’m so excited. You know, I was thinking, “Finally!” *laughs* I had a feeling it was coming, but I didn’t know when. So I was very anxious. I was getting my nails done all the time just in case.

I suspected it was going to happen around the holidays because it would probably be a good time. I figured if it wasn’t now, then definitely Christmas. So when it happened, I was like, “Oh my God, that’s it. I’m ready.” It all felt like a dream.

Fox News: Have you two talked about marriage before the engagement?
Robertson: We’ve been talking about it for a while. It was one of those things that when we started dating, we just knew. I felt like, “This is it – this is the person I want to spend my life with forever.” 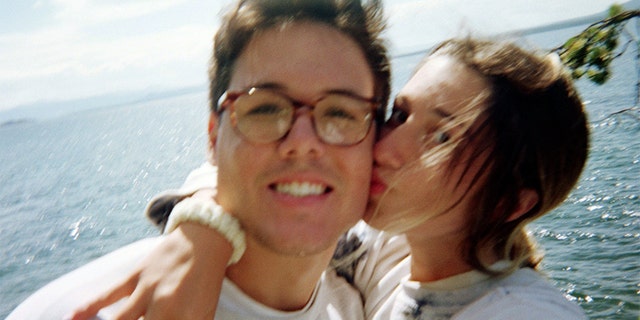 Fox News: What’s it been like preparing for a wedding during a pandemic?
Roberts: Honestly, I haven’t really gotten too much into the wedding planning just yet. I’m not sure how it’s all going to go. I know one thing that will be different is shopping for a wedding dress.

I have a huge family and I’ve always dreamed about everyone coming with me to the shop. But now, most places only let one guest in with the [bride-to-be] so it’s a different kind of pressure *laughs*. But I definitely want my mom there. I want all my sisters too, but I think my mom would definitely be the one to come with me.

Fox News: How does your family feel about Jacob?
Robertson: They love Jacob. They think he’s funny. Jacob fits right in with everyone. He and my dad love to hunt so they talk about that all the time. My sister Sadie’s husband, Christian, and Jacob have also bonded with baseball. So everyone gets along pretty well. He’s already family.

Fox News: This year has been an incredibly difficult one. How are you and your family coping with 2020?
Robertson: You know, we have each other. We all live pretty close to each other and that’s definitely been our best way to cope – spending time with each other. I had COVID, so did my mom and my sister. So it was scary. Especially for my sister, who is pregnant. But we all ended up being OK. 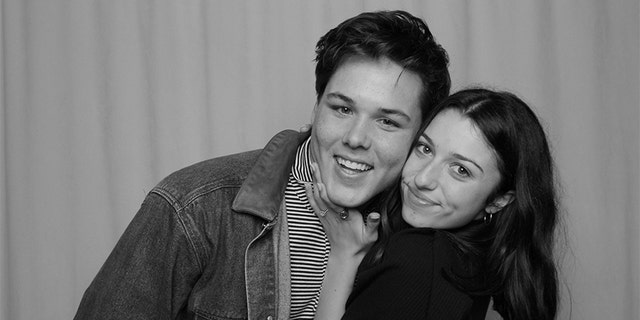 I’m much better now. The only thing is I still don’t have is my smell, and it’s been two months. I was pretty sick for the time that I had it. I had it for like the whole two weeks. But then there were like three days where I had a very high fever. I could barely stand up. It was really bad for a little bit right there, but I ended up being OK. I’m good now.

Fox News: How has your faith played an important role in your relationship with Jacob?
Robertson: It’s played the biggest role in our relationship. I mean a hundred percent. I don’t think there’s any way we would be together without it. In the beginning, we were friends for a long time who played tennis together. We had such a good time hanging out. But we ended up dating right when we started talking about real things.

We started talking about our faith and that really started to connect us on a deeper level, a different level than we ever had before. I grew up in a Christian household so it was meaningful to connect with someone through faith. 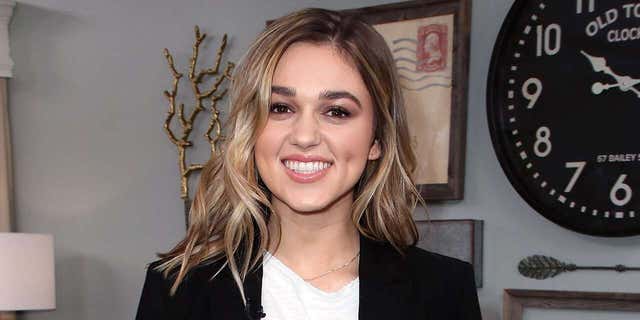 Once you know, you just know. It’s different for everybody. Some people might not want to get married or won’t meet The One until they’re older. But some people meet The One when they’re young, too. You just have to take a chance. A lot of times, it does work out if you’re committed.

Fox News: Have you been asking your sister Sadie Robertson for advice?
Robertson: Oh yeah, it’s been great to reach out to someone who can relate and share their own experiences. Sadie’s been a really good person to talk to because she and Christian were just here a year ago with their own engagement.

My sister Rebecca and her husband, John Reed, have also been amazing. And then, of course, talking to my parents and Jacob’s parents have been awesome. I think it’s always great to have your loved ones share their own wisdom. 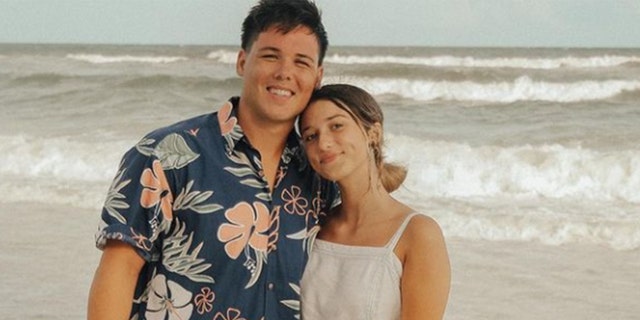 Fox News: How soon do you and Jacob want to start a family?
Robertson: I don’t think anytime soon *laughs*. We’re both so young. I’m 18 and Jacob’s 21. We’re both in college right now. So we definitely don’t plan on that anytime in the next few years.

Fox News: Based on your own personal experience with Jacob, what advice would you give to another couple who wants to reconnect through faith?
Robertson: I would say start sharing your stories. I think that’s where it all began for me. Jacob and I began sharing our stories, what we’ve been through in life and how we got out of hard things in life.

I think that really opened up a door to being able to be vulnerable and talk about our faith. I had been in places where I really had to rely on God to pull us out of hard things. I think once we started talking about it, it became a big step for us to connect.