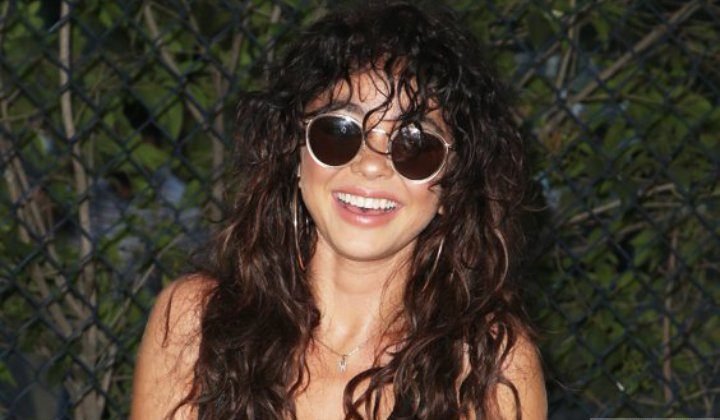 AceShowbiz –
The driver accused of hitting and killing the teenage cousin of actress Sarah Hyland has officially been charged with homicide.

The Douglas County Attorney in Nebraska has filed three felony counts against Jeffrey Eggeling after his car reportedly collided into a vehicle being driven by Hyland’s uncle on Saturday, December 01.


The impact of the crash caused the “Modern Family” star’s 14-year-old cousin Trevor Canaday, who was his father’s passenger, to be ejected from the car. He subsequently died from his injuries.

Now Eggeling is facing charges of motor vehicle homicide with a DUI (driving under the influence) prior conviction, DUI causing serious bodily injury, and leaving the scene of a personal injury accident resulting in death, reports The Blast.

If convicted of homicide, Eggeling could face up to 50 years behind bars.

Sarah shared the news of her family tragedy in a post on social media on Sunday.

Alongside a picture of the teen, she wrote: “This is my 14-year-old cousin Trevor. Yesterday, he was killed by a drunk driver. My Uncle is still in the hospital in need of more surgeries.”

In a series of subsequent posts, the actress angrily named and shamed Eggeling, who was arrested shortly after allegedly fleeing the scene of the crime.

“JEFFERY EGGERLING (sic) is a murderer,” she added on Twitter. “May he rot in hell.”

Sarah has yet to publicly comment on the felony charges filed against Eggeling as on Monday evening, she announced she was taking a break from social media after being slammed by trolls for promoting a crowdfunding campaign to cover the costs for her cousin’s funeral.

She faced heavy criticism for sharing the GoFundMe link as many pointed out that 28-year-old Hyland, who is rumoured to make more than $100,000 (£78,000) for each episode of “Modern Family”, could easily afford to pay for the funeral fees herself.

Firing back at the nasty tweets, she wrote, “You guys finally did it. Your horrible negative ignorant words have broken me. Happy? Staying offline for a while…”