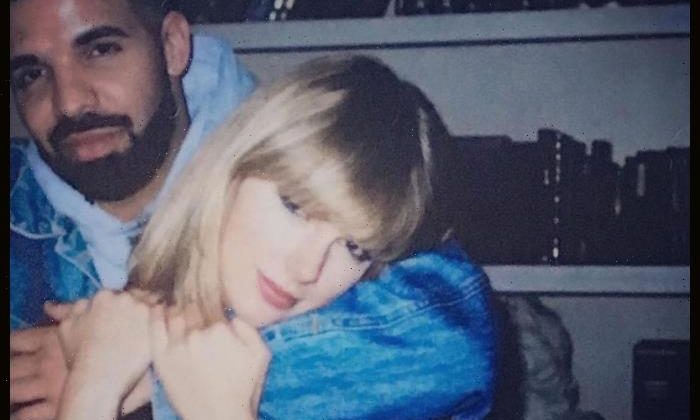 Drake posted a few pictures on Instagram recently, and one picture that shows him wrapping his arm around Taylor Swift‘s shoulders has sparked speculation that the two artists might possibly be working on a collaboration.

“They too soft to understand the meaning of hard work,” Drake captioned his Instagram slideshow, which featured other photos of him and his son Adonis.

Within the next few hours, the picture with Swift got over 1.4 million likes and received a number of comments from high profile people, including Nicki Minaj. She commented, “The King of everything.”

“DRAKE AND TAYLOR COLLAB IS COMING I CAN’T THIS IS GONNA BE HUGE,” one fan tweeted. Another wrote, “not the drake x taylor collab actually coming.”

“oh taylor swift and drake are about to break the internet,” another commented.

The picture, which appears to have been taken at some point in the last decade, has brought up old dating rumors and a lost collaboration. Some reportedly believe it’s a hidden message regarding Swift’s album 1989 (Taylor’s Version).