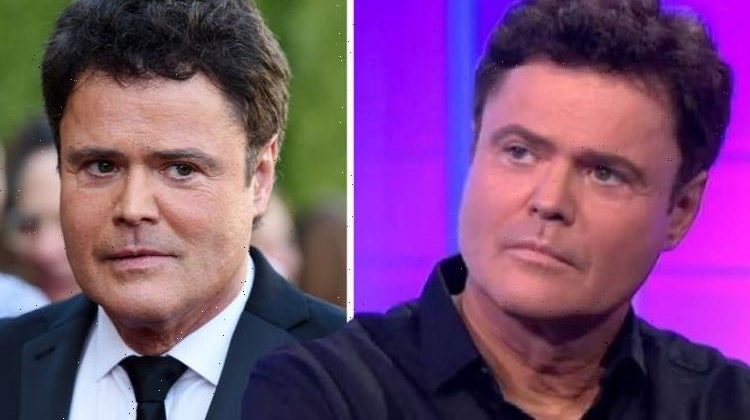 Donny Osmond, 63, has spoken out for the first time about his recovery after being left struggling to walk. The performer revealed he had contracted a “secondary infection” that left him almost paralysed and unable to move.

I didn’t tell anyone what was happening to me

The terrifying 12-month ordeal began after his last ever Las Vegas show back in 2019.

Donny didn’t tell anyone after he lost feeling in his arms and legs during the final song, and went on singing and dancing as if nothing was happening.

In a new interview, the pop legend said: “I couldn’t feel my arms, then suddenly my legs too.

“I didn’t tell anyone what was happening to me, I just kept dancing and finished the show.”

But little did he know what was to come.

When he finally sought medical attention, doctors found that Donny’s spine had “shifted”.

This was the result of previous injuries, including one sustained when he won the US version of Strictly Come Dancing in 2009.

After undergoing back and neck surgery, he wasn’t prepared for the lengthy fallout while he recovered at his home in Utah.

“I thought everything was going to be fine, but it couldn’t have been worse,” he shook his head.

“I got a secondary infection which meant I wasn’t able to move.”

Asked if he was worried if he would never be able to walk again, he nodded as he told The Mirror: “Oh sure, absolutely. It absolutely crossed my mind.

“But I just didn’t take no for an answer.”

Instead, he endured months and months of rehab to try and get on his feet while using a walking frame.

Donny also credited his wife of 43-years Debbie, whom he shares five sons and 12 grandchildren with.

“She knows exactly the sort of determination that I have,” he smiled.

“She knew I would be fine!”

And as the months went on, slowly but surely Donny began to walk better with ease, and described the ordeal as a “blessing in disguise” as it allowed him to focus on his lyrics put out a new record.

His new album titled Start Again, is the first he has entirely co-written and produced, with the first single Who soaring to the top of the iTunes chart.

“I made the video about a year and two months after it all happened,” he said.

“Oh my goodness, just to get back to walking, let alone dancing, was really something!”