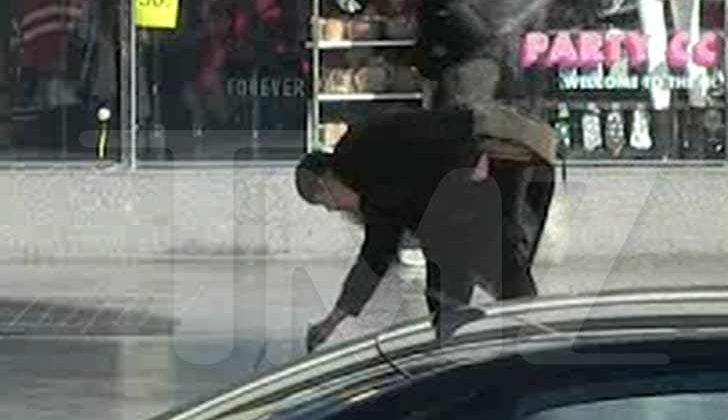 Some guy vandalized Donald Trump‘s star on the Hollywood Walk of Fame with swastikas … and we got him on camera doing it.

TMZ captured the crime in progress through our live stream feed on Hollywood Blvd., and you can see a man dressed in black bend down and scribble all over Trump’s star. Mind you, this was done Wednesday morning around 9 AM PT … in broad daylight. 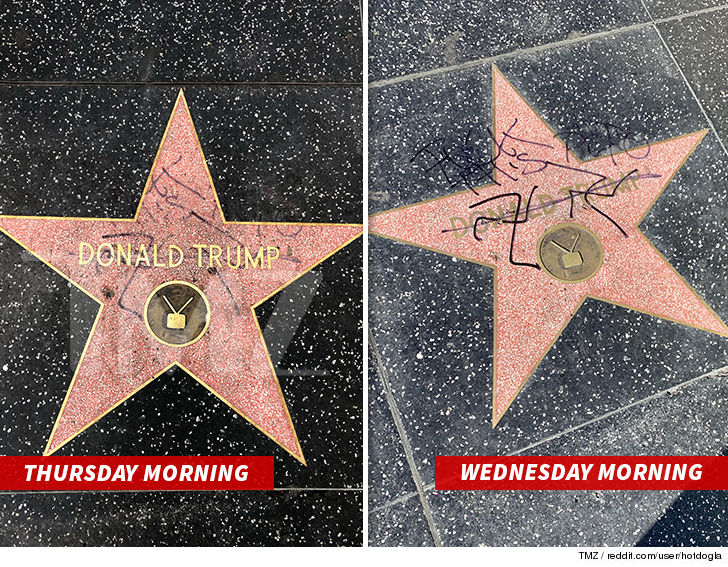 You can see, it’s already starting to fade.

The culprit does the deed quickly as people walk right by him without batting an eyelash, but two women seem to notice the tagging as he walks away. There appears to be a written message, too, using a Spanish language slur — “F*** This P**o” — and the 2 big swastikas are underneath the words. 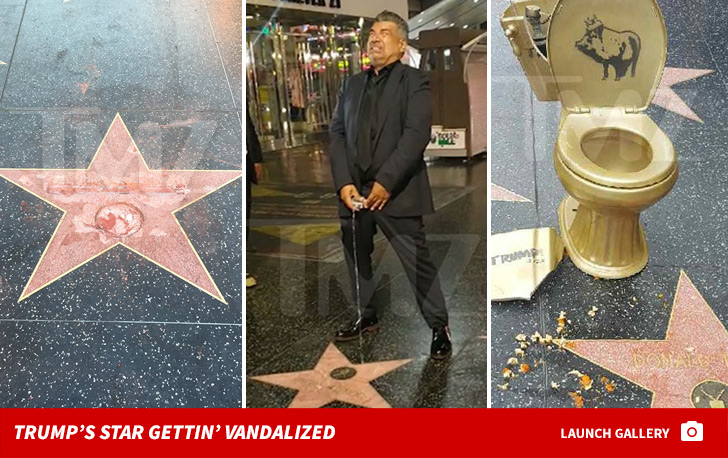 We’re told no one filed a police report about the vandalism. Of course, this is just the latest hit job the President’s star has received over the past couple years.

Most recently, someone drew prison bars over the star (which we also caught on camera) … and then there was the second pickax incident earlier this summer.