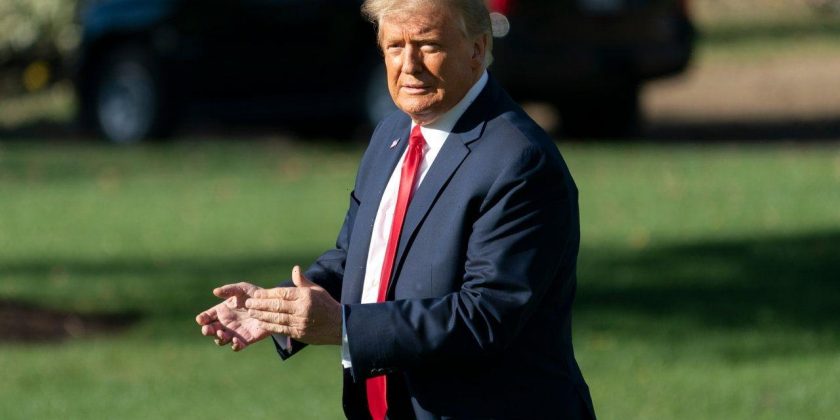 According to his former White House press secretary, the former President of the United States was ‘careless’ with secret materials despite his supporters’ claims that he’s not mishandling it.

AceShowbiz –Donald Trump is unveiled to have treated classified information like “his own shiny toy,” his former White House press secretary claims. Stephanie Grisham hit out as Trump supporters continue to claim the former U.S. president was not mishandling secret material by storing them at his Mar-a-Lago resort following the end of his term.

Ms. Grisham told the Associated Press her ex-boss was “careless” with secret materials when in office, and “seemed never to bother with why that was bad.” She also recalled an incident where Trump wanted to show off Conan, a dog who played a major role in the killing of Isis leader Abu Bakr al-Baghdadi.

Ms. Grisham, who resigned her role as Trump’s chief of staff after the January 6 Capitol Hill riot, said staff had been briefed photographs could put Conan’s handlers in danger. But when the animal arrived, Trump wanted exposure linked to the dog.

Ms. Grisham said, “Because he wanted the publicity, out went Conan. It’s an example of him not caring if he put lives in danger… it was like it’s his own shiny toy he’s showing off to his friends to impress them.”

Former White House National Security Adviser John Bolton has said he repeatedly struggled to explain the significance of exposing information to Trump. He added, “I don’t think any of it sank in. He didn’t seem to appreciate just how sensitive it was, how dangerous it was for some of our people and the risks that they could be exposed to. I would say over and over again, ‘This is really sensitive, really sensitive.’ And he’d say, ‘I know’ and then go and do it anyway.”

Trump’s £133 million Mar-a-Lago resort in Palm Beach, Florida, was raided by FBI agents at 6.30 A.M. on August 8, who were reportedly hunting for nuclear documents, before removing boxes including ones marked top secret. The 76-year-old former president has been calling for the release of papers linked to the search, which he branded “un-American, unwarranted, and unnecessary.”

Authorities say there has been a growing tide of threats against government agencies amid outrage from Trump supporters over the search, including talk of plans to use a dirty bomb on FBI headquarters, and mount “armed rebellion” and all-out civil war.