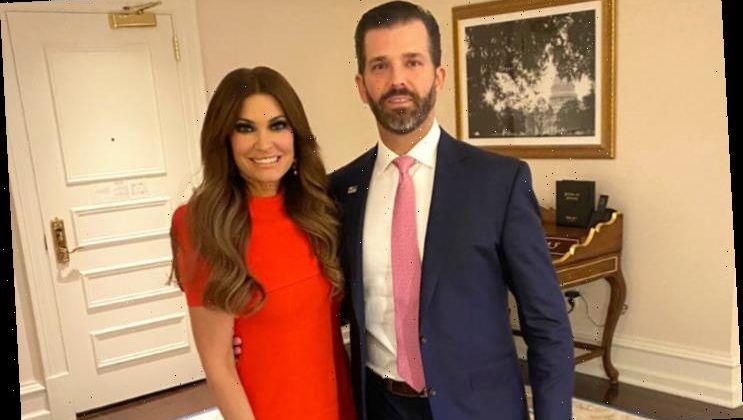 The son of President Donald Trump, in the meantime, has tested negative for the virus, but as a precaution is also self isolating and canceling all public events.

AceShowbiz –Donald Trump Jr. received not-so-good news on Friday, July 3. His girlfriend Kimberly Guilfoyle, who is also a top fundraiser for the Trump campaign, has tested positive for Coronavirus while in South Dakota. Sergio Gor, chief of staff for the Trump Victory Finance Committee, confirmed the news.

“After testing positive, Kimberly was immediately isolated to limit any exposure,” Sergio said, adding that Kimberly is asymptomatic. “She’s doing well, and will be retested to ensure the diagnosis is correct since she’s asymptomatic but as a precaution will cancel all upcoming events. Donald Trump Jr was tested negative, but as a precaution is also self isolating and is canceling all public events.”

Neither Kimberly nor Donald has been in direct contact with President Donald Trump and did not fly on Air Force One. A source said that the couple will be driving home rather than getting on a flight following the diagnosis.

Kimberly and Donald were supposed to attend a July Fourth celebration at Mount Rushmore that had been planned by POTUS for a long time. Even though the celebration was criticized by a lot of people due to the ongoing pandemic, the Trump Administration pushed for the event.

Trump barely mentioned anything about Coronavirus during his speech. Instead, he focused on the culture wars. “Our nation is witnessing a merciless campaign to wipe out our history, defame our heroes, erase our values and indoctrinate our children,” he said. “Angry mobs are trying to tear down statues of our founders, deface our most sacred memorials and unleash a wave of violent crime in our cities.”

Trump planned to follow up his trip with a “Salute to America” celebration on the South Lawn at the White House. Held on Saturday, there will be a military flyover and the launch of 10,000 fireworks.