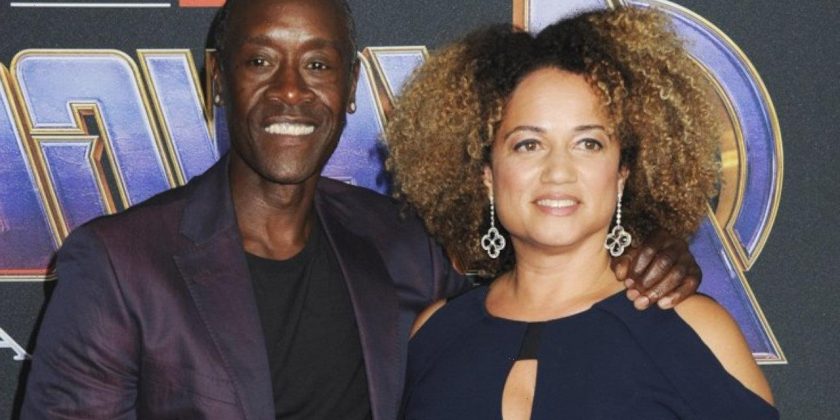 The ‘Space Jam: A New Legacy’ actor talks about his recent low-key wedding with Bridgid Coulter, claiming they only tied the knot after being prompted by their accountant.

AceShowbiz –Don Cheadle has joked his accountant made him get married.

The 56-year-old actor wed Bridgid Coulter in secret last year (20) after 28 years together and he claimed they finally made their union official after they were told it would benefit them financially to do so.

“Our accountant proposed to both of us and he showed us the numbers, and we said yeah, we should probably do it,” he told Entertainment Tonight.

“It came up a lot of times. But every time, we were like, ‘But we’re already together?’ He’s like, ‘Yeah, but this is a better reason to be together.’ Really it’s because our accountant proposed to us, I wish there were some big sweet romantic story, but the romance happened, you know, the first year.”

The “Space Jam: A New Legacy” star claimed he’d advise all couples to have such a lengthy courtship before getting married.

Giving relationship advice, he laughed, “Wait 28 years before you get married. Do not rush into things. Be very careful!”

Bridgid – who has Ayana, 26, and Imani, 24, with Don – described their intimate wedding ceremony as “beautiful.”

“It was just beautiful. It was just for us in our backyard, our two kids. It was for us. It was special,” she said.

And she joked she’s now “almost sure” she’s found The One in her spouse.

She quipped, “You’ve got to make sure. I wasn’t sure. Now, I think I’m almost sure.”

The couple’s children were underwhelmed by the news of the wedding.

“They were great. They were lovely. They’re like, ‘OK, Mom and Dad, now you’re doing this?’ ” Bridgid laughed.