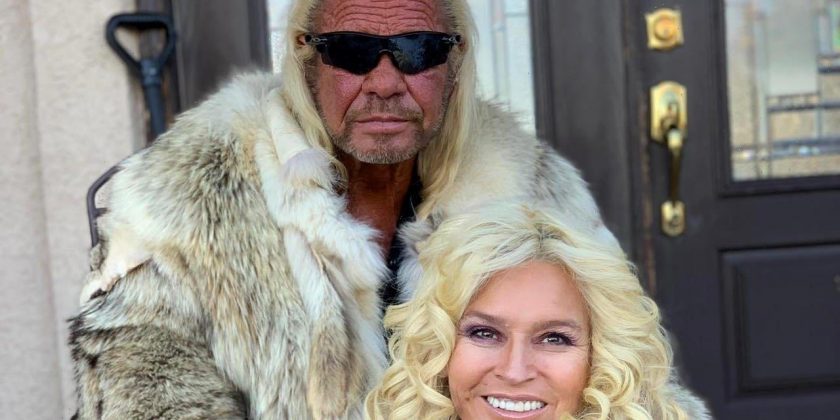 The reality TV star has handed out some of his late wife’s ashes to her sister Melinda to be laid to rest with her mother Bonnie Joan, who recently passed away.

AceShowbiz –Beth Chapman, who was estranged from her mother during their lives, can now be reunited with her in the afterlife. Bonnie Joan, who recently passed away, reportedly wanted to be laid to rest with her late daughter and Dog the Bounty Hunter a.k.a. Duane Chapman wanted to grant his former mother-in-law’s dying wish.

A representative for the reality TV star tells TMZ that before Beth’s mom Bonnie died in November, she said one of her final wishes was to be laid to rest with her daughter Beth. After hearing about her request, the bounty hunter has given some of his late wife’s ashes to her sister Melinda, who also has their mother’s ashes.

Beth and her mother Bonnie were known to have had a rocky relationship, but they made sure to patch things up before Beth passed away in 2019. By granting Bonnie’s wish, Dog says, “I’m hopeful Beth can now rest in peace.” He adds, “I understand now what rest in peace truly means.”

Beth died on June 26, 2019 after battling throat cancer that spread to her lungs. Following her death, Dog held a ceremony in Hawaii to spread her ashes. He reportedly used ceremonial ashes for that ceremony, while some of Beth’s actual remains have been spread in other places that were important to her.

Dog, who has two children together with Beth in addition to ten other children from previous marriages and relationships, became engaged to Francie Frane in 2020 and the two got married in September 2021.

As for Bonnie, her passing was mourned by her granddaughter Cecily Chapman, Dog and Beth’s daughter, who posted a heartfelt tribute on Instagram in December 2022. “To my beautiful grandmother I love you so much words can’t explain the love we had for each other always talking on the phone on a Sunday afternoon,” she penned along with a couple of pictures taken from the funeral service for Bonnie. “You helped shape all the woman in our family and instilled so many great lessons in us, forever grateful of your advise, guidance and to always love one another. Rest easy my sweet gramma say hi to grandpa and mom for me we all will miss you dearly and love you unconditionally for as long as we shall live. RIP BJ.”