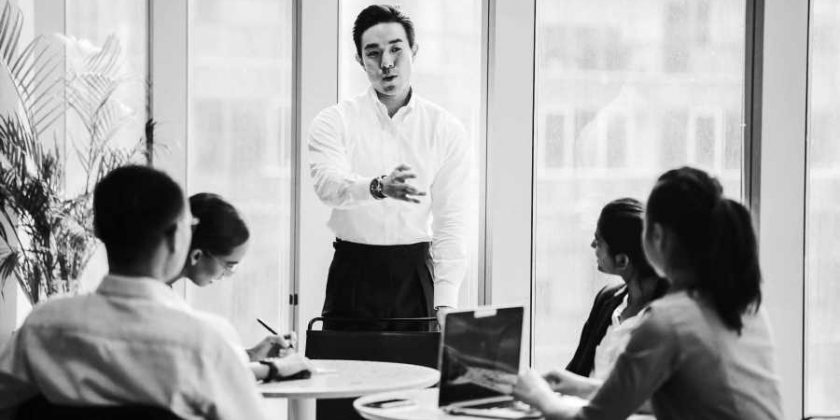 Opinions expressed are solely those of the author and do not reflect the views of Rolling Stone editors or publishers.

Images and videos of the horrific war in Ukraine have circulated the globe, leading to discussions in classrooms, television studios, internet spaces and boardrooms — to name a few places.

Some businesses have taken a stand. Airbnb, Netflix and Accenture are just three companies that recently severed ties with Russia. Johnny Taylor, the CEO of the Society for Human Resource Management (SHRM), posited in a Quartz interview, “We’re a global society, so everything impacts you whether you know it or not. But the question is, where should a company respond to issues that aren’t arguably directly connected to your business?” Taylor went on to tell Quartz that companies that have decided to respond to the war in Ukraine need to determine how they’ll approach their statements and how they’ll bring up those statements when speaking with their employees.

The Importance of Empowered Cannabis Consumers

The 30 Sexiest Music Videos of All Time

RS Recommends: 5 Devices You Need to Set Up Your Smart Home

As an artist and business owner, I believe that business leaders have an obligation to speak up about global conflicts, including the war in Ukraine and other atrocities. Here are three reasons why.

1. Keeping Silent Means We Aren’t Being Transparent With Consumers

If you run a business that preaches transparency as a corporate value but doesn’t take a stand against Russia’s invasion of Ukraine and other atrocities, then you’re not practicing what you preach. And yes, some business leaders may fear that if they speak up, they’ll lose customers. I understand this fear.

But my retort is this: Would you really want to have a consumer base that doesn’t align with your values?

The Rolling Stone Culture Council is an invitation-only community for Influencers, Innovators and Creatives. Do I qualify?

If business leaders don’t speak up, we’ll be left with booming, destructive silence, and the people responsible for committing atrocities will face even fewer consequences. Imagine if the businesses that have taken a stand against Russia’s invasion of Ukraine hadn’t done so; in essence, they would have been telling the world that they were, at best, indifferent about the situation and, at worst, in support of the war.

3. Keeping Silent Limits Our Ability to Learn and Grow

We learn by having conversations and interacting with others. Unfortunately, some business leaders are so afraid of saying or doing the wrong thing that they rob themselves of the opportunity to engage in public discourse and learn and grow.

But in the United States, we’re lucky that we have what I call the freedom to mess up. We have the freedom to say the wrong thing, get called out on it and grow. And look, I know that’s a terrifying thought. No one wants to be wrong. But if we, as business leaders, stay silent about the war in Ukraine and other monstrosities around the world, how will we know if we’re wrong, and how will we learn and grow?

Speaking up enables us to start conversations. If we’re wrong, we’ll learn. If we’re right, we’ll empower others to speak up. And sometimes, we might get wrongfully lambasted for what we say, even if we’re on the right side of history. Remember the Chicks (formerly known as the Dixie Chicks) and the public outrage they got for criticizing George W. Bush and the Iraq War? But that’s a risk we must take.

My call to other business leaders and to myself — because I know I can speak out more and do more about the Ukraine war and other horrors — is to prioritize saying and doing something when something unjust happens in the world. We have the freedom to do so. Let’s not waste it.