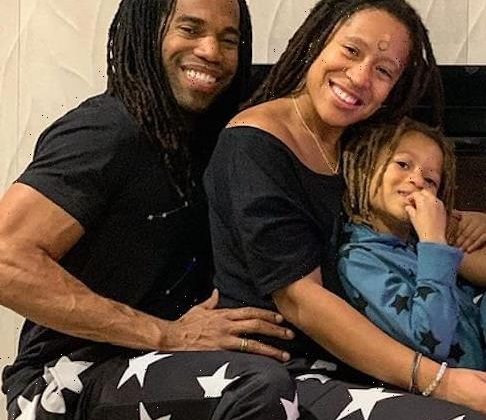 Dimitri Snowden has been facing a number of troubling allegations for several weeks now.

Multiple women who have lived with the Seeking Sister Wife lead have claimed that he’s abusive and manipulative and generally an awful human being.

Late last week, however, Snowden made his own allegation.

In regard to, well…. himself.

The veteran reality star seemingly sent an email to someone a few days ago.

And this email was leaked sent to blogger John Yates by an unknown Reddit user, who uploaded it online for all to see and speculate over.

Although, to be frank, there doesn’t seem to be much speculation needed.

“I’m reaching [out] to let you know that my objective is to still pay what I owe you and that I have not forgotten,” the email reads in part.

“I’ve been homeless and trying to rebuild…”

Dimitri, a practicing polygamist who was living in a very nice California residence on Seeking Sister Wife Season 3, went on to propose various ways he could make up the “debt” he owes to the email recipient.

He offered to “work on the farm” or “build/fix [a] website” and asked if there was “any type of work” this person needs a “body/mind for that I can provide?”

To be clear, we don’t know when this message was sent; or to whom.

Snowden, however, is in the middle of divorce proceedings from Christeline Petersen.

The TLC personality’s second wife filled for a restraining order in February, not long after alleging Snowden assaulted her on numerous occasions.

In her filing, Peterspm alleges that, back in January, she was woken up one day with a violent attack, telling authorities that Snowden “[slammed] my head into the headboard of the bed and he was yelling at me.”

She went on to claim Dimitri also shoved her head on the headboard several times, leaving her with marks and bruises.

Petersen also told the police that Dimitri was abusive during intercourse.

She claims “he choked me during sex, even though I told him not to,” adding:

“The more I struggled the more he enjoyed it.”

Shortly after Peterson went public with these remarks, Ariadne Joseph did the same.

Saying she was inspired by Chrissy’s courage, Joseph detailed her own horrific experiences as a live-in partner of Dimitri and his long-time lover, Ashley Snowden.

Among other claimss, Joseph said she forced to sleep in the same bed as Dimitri and Ashley … wasn’t allowed to leave the house on her own… and lent the couple a great deal of money, fueling chatter that Dimtri has had money problems for awhile now.

“There was no way that I could get free because he had the back of my neck,” Ari told the aforementioned blogger, Yates, in an interview last month, elaborating as follows:

when you’re in a situation where you’re married, or with someone, and you both have had consensual sex, it’s hard to reconcile in your mind that this person has violated you, has taken something from you without permission.

So I knew that it was wrong.

But I didn’t even know how I would go and report that as being, you know, the ‘r’ word.

Joseph emphasized that she went to TLC with her concerns about Dimitri and Ashley, along with her accusations against them, but network executives blew her off.

“These people abused me and traumatized me and my children,” Joseph told Yates, adding of Ashley and the couple in general:

“She is an abuser, too. She’s a manipulator. And as I’ve said, they’re never as happy as they are when they’re terrorizing someone.

Ashley, for her part, has not responded to any of these allegations.

But she did make a return to social media on June 10 after many days ago.

She didn’t mention her spiritual partner at any point, instead rambling on about broad and vague and apparently profound life issues.

“I’ve been thinking a lot about how short life is,” Ashley wrote at one point in this Instagram message.

“Especially coming out of a pandemic, reevaluating what and who is important, and then living in that conviction; so critical.

“Bitterness and pity take you nowhere. Fame, fortune and outer beauty are fleeting.

“Living in the moment and being a good human in real life where it counts, that is the way to see the path reveal itself before you.”

It wasn’t really evident what Ashley was talking about in this long-winded missive.

Combine the above passage with Dimitri’s apparent admission that he’s homeless, though?

And it’s not hard to imagine that the rumor is true and Ashley has left him.

Let’s hope TLC higher-ups soon do the same, and then the cops get involved.