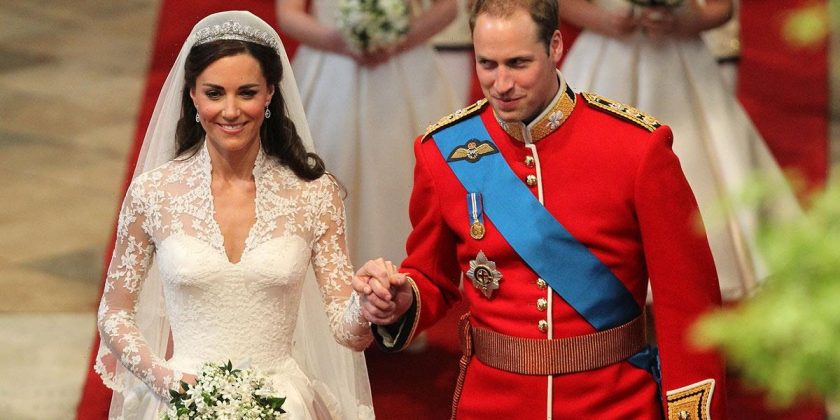 The Duke and Duchess of Cambridge were married 11 years ago in a dreamy ceremony at Westminster Abbey.

The pair are likely to mark the day privately at their home in Kensington Palace, but the royal couple made a bit of history ahead of their wedding as they became the first to be permitted to live together ahead of their big day. Ahead of their wedding, William was still completing his Royal Air Force training in Anglesey, and so Kate moved in with him during this time.

The pair shared a four-bedroom farmhouse on the Bodorgan Estate, that came complete with its own private beach.

Even after their wedding, the pair continued to live at the beautiful property following their wedding, and were living there when they welcomed their first child, Prince George.

But months after welcoming the young prince, the family relocated to their current home.

As they left the island, William said: “This island has been our first home together, and it will always be an immensely special place for us both. Catherine and I look forward to returning again and again over the coming years with our family.“

The pair used to live in Anglesey

Their anniversaries haven’t always gone smoothly, as in 2019 Kate was actually working on her and William’s ninth wedding anniversary, joining a roundtable discussion via video link with charities that support new mothers and pregnant women.

In the case of their fourth anniversary, the Duchess was overdue with the couple’s second child, Princess Charlotte.

For their first anniversary in 2012, William and Kate spent the weekend in Suffolk, where they attended the wedding of the Duchess’ school friend, Hannah Gillingham, the day before.

Their wedding was watched by millions around the globe

William and Kate tied the knot on 29 April 2011 in a ceremony at Westminster Abbey that was watched by millions of people around the globe.

The royal bride looked stunning in a satin and lace gown designed by Sarah Burton for Alexander McQueen, and she borrowed the Cartier Halo tiara from the Queen.