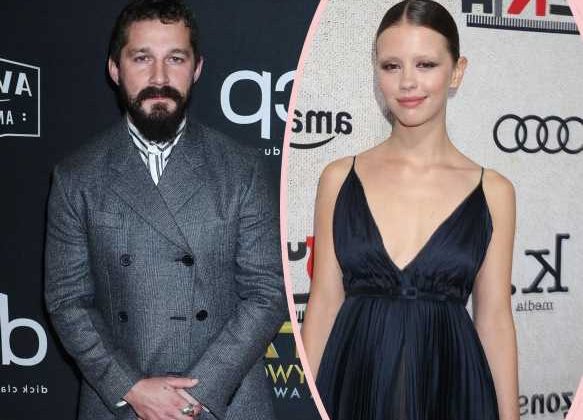 In case you hadn’t heard, the last time we saw the Emma (2020) scene-stealer, she was spotted out shopping at a camping store with her ex-husband Shia LaBeouf.

Now, as we said at the time, shopping does not necessarily equate to reconciliation. But when you add in that the actress has not joined in on the burgeoning sisterhood of women speaking out after dating the method actor… it felt pretty possible.

Five months later, and it looks like we were, unfortunately, correct. Once again the couple have been spotted together, multiple times over the weekend, first on a date to Chuck E. Cheese on Saturday, where they were photographed playing games together. You can see those pics and judge for yourself what’s going on HERE.

Seems pretty darn couple-y to us.

And on Sunday they were seen out together again, this time in Pasadena, and Mia was wearing a ring. On that finger. (You can see those pics HERE.)

The couple got married in 2016 in Las Vegas, only to announce their divorce just two years later. However, they said at the time the split was amicable. Little did we know how amicable, we guess.

If she’s wearing her wedding ring again, maybe they did it all over? Maybe they’re just treating each other like husband and wife again?

Either way, we know we wouldn’t want anyone we cared about bound to a man at the center of such allegations — especially not after the accusations we heard from that FKA twigs lawsuit. Not only was he accused of physical abuse, she also claimed he told her he murdered a bunch of dogs to get into character to play a hitman.

If you or someone you know is experiencing domestic violence, help and resources can be found HERE.