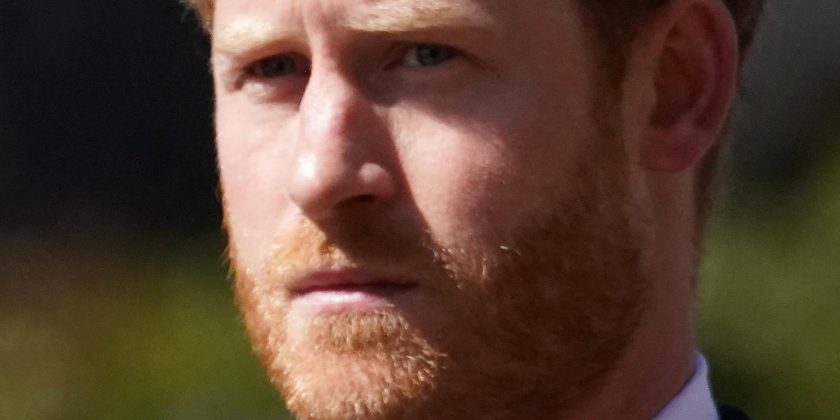 The last time that Prince Harry saw Queen Elizabeth in person was while he was visiting the UK for Prince Philip’s funeral back in April. Although Harry traveled across the pond in June, he didn’t see the queen because she was in Scotland at the time, according to Page Six. It is believed that Harry talks to his grandmother on a fairly regular basis, and People magazine previously reported that Harry and Meghan Markle introduced their daughter, Lilibet Diana, to the queen via Zoom back in June.

Since Lilibet was born, there have been all kinds of rumors about whether or not Harry and Meghan would travel to the UK so that the queen could meet her newest great-grandchild face-to-face. Back in July, a source told the Daily Mail that Harry had been telling people that “they want to have Lili christened at Windsor, just like her brother. They are happy to wait until circumstances allow.” While there have also been rumors to the contrary, a new report suggests that Harry and Meghan are ready to move forward with plans to have their baby christened in the UK, marking Meghan’s first trip back to London since Megxit. So, have Harry and Meghan requested a meeting with her majesty, officially? Read on for more. 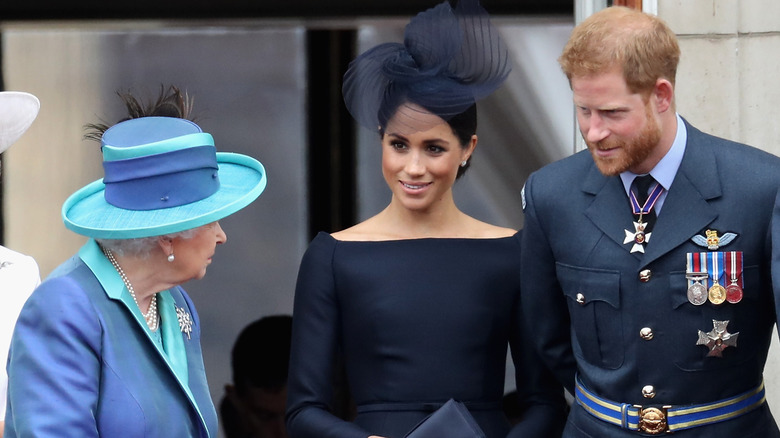 Although Prince Harry and Meghan Markle will more than likely attend the queen’s Platinum Jubilee in 2022, many are wondering if Harry will get to see his grandmother before then, and it sounds like that meeting could happen before the end of 2021. A source told The Sun that Harry is trying to move forward with plans to have Lilibet Diana christened at Windsor, and that he and Meghan have requested a meeting with Queen Elizabeth in hopes of making that happen.

However, the source told The Sun that the queen’s staff “have not responded so far.” Interestingly, the source also said that there has been “discussion about Christmas — and whether an invitation should be sent to Harry and Meghan, after they spurned one last year.” The source added that “the queen is still very fond of Harry, and would love to see Lilibet and her brother Archie.” Perhaps unsurprisingly, palace staff are said to be “surprised by the move, especially from Meghan, after what has happened.” So, will the queen accept a meeting with the Duke and Duchess of Sussex and will Lilibet be christened at Windsor? Only time will tell.