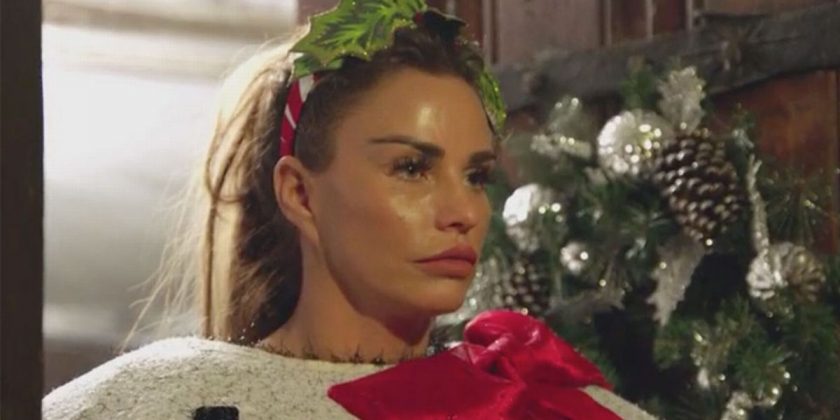 If you’ve ever wanted to have the chance to get the Katie Price look, then this could be the right time to bag some of Pricey’s clothes.

With Christmas looming and a well-documented battle against bankruptcy taking up a lot of present shopping time, Katiie has looked to rescue the situation and pocket a pretty penny in the process.

A rainy Saturday afternoon seems an ideal time to list unwanted items on eBay and it looks like Katie has been busy.

On her dedicated eBay shop, The Official Jordan’s Closet, there was an avalanche of new ‘used’ items that have ‘belonged to Katie Price’.

Of the 81 items that have been listed, there are 25 with a starting bid of less than a tenner, as the former glamour model looks to cash in on her wardrobe.

The 40-year-old former Loose Women panellist has fallen on hard times, with concerned friends and family putting a ‘spending ban’ on Katie , in the hope of curtailing her constant buying.

She has just swerved bankruptcy over a £22,000 tax bill and has recently splashed out £1,000 on a blue German Shepherd.

Katie has previously lavished her kids with gifts at Christmas, with her on-off toyboy saying that they are ‘very spoiled’ on the big day.

Obviously, this doesn’t come cheap and with Katie not wanting to let her children down on the gift front, she will be hoping that the auctions she has started online will bring her much needed cash.

If all the items sell, she will be coining in over £2,000 and the winning bidders are also promised a pre-printed signed postcard, in case there’s a little incentive to spend your dough.

After selling more than 5,800 items through her eBay shop, Katie still has a 100 per cent feedback score, so you can feel sure that she won’t renege on the deal.

Pricey also promises to have the items to you before Christmas, so everyone is happy, or are they?

As with everything that Katie does, there are plenty that have an opinion about her actions on social media and it would seem that maybe Katie’s cast-offs are not the bargain they first seem.

After Katie tweeted about her sale, a number of her followers pointed out that, "you can buy most of that brand new for less."

Of course, that doesn’t come with a ‘free’ signed postcard, so that could be the reason why the Pricey’s prices could be in the ‘premium’ category.