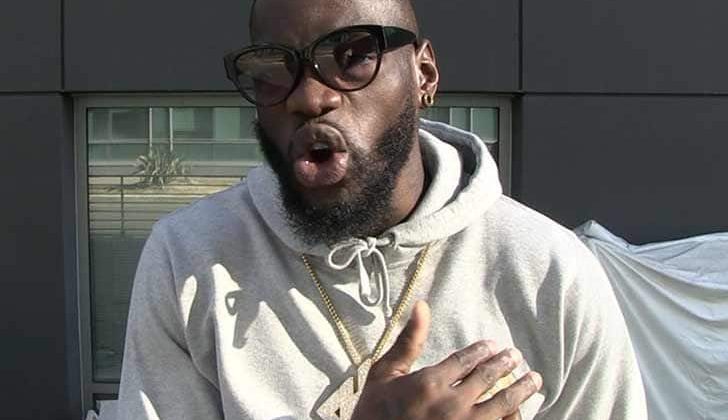 Deontay Wilder says Floyd Mayweather is a TBH … THE BIGGEST HATER, claiming Floyd is seething mad that Wilder is the new big star in boxing, and Mayweather is yesterday’s news.

We got Wilder out in L.A. just days after he and Tyson Fury put together the most entertaining draw in boxing history and he says, while the world was stoked on the fight, Floyd wasn’t.

“They loved it, they loved every bit of it. The world loved it, and I don’t think he liked that though. He wants all the attention on him, and it’s sad that it’s like that.”

Deontay’s logic is that he’s a heavyweight, and the big guys are the ones fans REALLY want to see, so it’s just a matter of time before he’s at the top of the sport, and the old guys have to get used to it.

When we asked him if he’ll ever make Floyd Mayweather money, he says it’s definitely in the future for him, and once again, seems to take shots at Money.

“I’m coming, and it’s a lot of fighters that’s jealous of me for no reason. I’ve never said nothing bad about no one, I’ve always wished them well.”

FYI — Floyd was SUPER critical of the decision in the Fury fight, saying Tyson was robbed in the draw, but it’s clear Wilder thinks that’s not just Floyd’s boxing mind talking, but his hater mind.

“Some fighters just don’t want to see me make it.”

A shame there’s like 100 pounds separating these guys … would be fun.