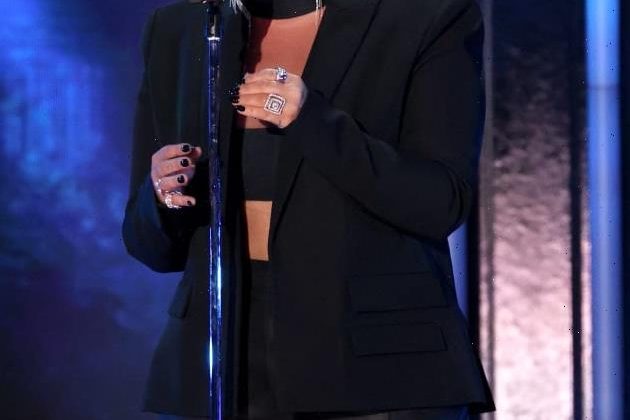 It’s been over three years since Demi Lovato suffered an overdose that nearly claimed their life.

In the wake of that incident, the singer devoted considerable time and effort to getting sober, but then they made a decision that baffled many fans.

Lovato announced that they were “California sober,” explaining that they planned to continue smoking weed and drinking in moderation.

(The term usually describes people who use cannabis but do not drink or engage in any other drug use.)

Sober stars such as Mike Sorrentino and Lala Kent cautioned Lovato about the dangers of such an approach, but Demi insisted that they had weighed the pros and cons before reaching an informed decision.

Shortly thereafter, however, Lovato swore off booze and weed and returned to “regular” sobriety.

“Sober sober is the only way to be.”

Possibly to ensure that they maintain this renewed commitment to recovery, Lovato recently checked back into rehab.

This was revealed to fans only after Lovato completed their stay at the Utah facility last week.

Within 24 hours of that news going public, Demi took to Instagram to show off some bold new ink.

The pop icon is rocking a very short hairstyle lately, and they decided to take advantage of that patch of newly exposed skin by rocking an eye-catching spider tattoo.

Demi revealed the design on Instagram, and while they made no mention of their recent rehab stint, they indicated that the spider is of tremendous symbolic importance.

“It was Grandmother Spider who taught us many things,” they captioned the pic, seemingly referencing Native American mythology.

“She taught us that we are all connected on the web – each one of us having our place in the world.”

The tattoo is the work of renowned LA artist Dr. Woo.

Lovato has another tattoo by Woo that reads, “Love will live forever in the infinite universe.”

Demi has seemingly entered a very spiritual stage of their life recently.

The singer has spoken openly about several supernatural experiences, including an encounter with aliens during which they believe that they were whisked away to space.

That may or may not have something to do with the fact that they were still “California sober” when this incident occurred.

Whatever the case, this is clearly a very transformative time in Demi’s life.

This decision to get back on the road to recovery comes on the heels of Lovato announcing that they are nonbinary and prefer to be referred to using “they/them” pronouns.

Change can be a scary thing, but it seems that Demi is putting in the work necessary to ensure that she’s transforming into the best possible version of herself.

While details regarding Lovato’s latest stint in rehab have thus far been hard to come by we’d like to congratulate them on their continued self-improvement and thank them for their courage in fighting this battle publicly.