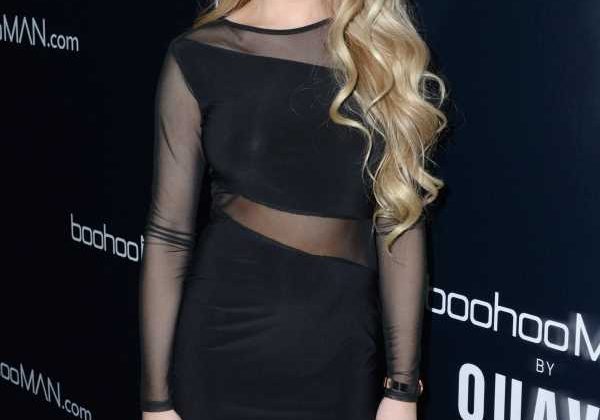 Are you ready to feel majorly inspired? Well, Demi Burnett’s quote about coming out on TV just might to the trick. Burnett opened up about her experience during an appearance on The Ellen Show on Sept. 20 and she got super honest about how it felt to come out as bisexual on national television. “It was a lot of fear. It was fear of judgement,” she said. “It was fear of disappointing people in my life, making them uncomfortable. It was just really hard. It was really scary. But it all worked out.”

Degeneres was so happy for proud of Burnett’s bravery that she decided to surprise her and her Bachelor in Paradise co-star and now fiancée, Kristian Haggerty, with a trip to Bali.

Haggerty was in the crowd and Burnett was so excited she couldn’t help but scream to her bae in the crowd. “Are you being serious?” a shocked Burnett asked Degeneres. Next, she yelled over to Haggerty in the audience, “we’re going to Bali, baby!”

When they first got engaged, Burnett also talked to Entertainment Tonight about her hopes of normalizing LGBTQ relationships for future Bachelor Nation couples. "I don’t want to be the one to carry the torch of how Bachelor Nation or the Bachelor franchise should react to all of this kind of stuff. I think that it just will happen naturally, hopefully," she said. "Everything will just be normalized — it won’t be like, ‘Oh, the queer couple.’ It’ll be like, ‘Oh, the couple.’"

In the same interview, Burnett also spilled more deets on their nuptial plans, like their decision to take things slow post engagement. "Bachelor World moves fast, but then the engagement, that’s whenever people actually, like, take the time to be slow about it," she told Entertainment Tonight. "Like, let’s be normal for a bit and date and have fun, and then the wedding will come."

She also opened up about what she believes makes her and Haggerty work so well as a couple. "It’s insane how we’re so different, but it just works so well. I’m so blunt and bold and all kinds of things, and she’s so gentle and understanding and so sweet and soft," Burnett said. "It’s just like a perfect balance."

Haggerty also opened up about what possessed her to come join Burnett on Paradise. "When she left [for Paradise], I had a feeling it was basically over, so I wasn’t really sure, but my feelings were so strong when she was gone," she said. "So, when I got the call [to come to Mexico], I was just excited to talk to her. I just wanted to tell her all the realizations of my feelings and how I felt. I wanted to see her and just tell her how I was feeling at the time."

While Burnett is feeling super confident about her own relationship, she did tell Degeneres that she’s worried about her Bachelor in Paradise co-stars Chris Bukowski and Katie Morton.

"You know, honestly, at this point, I’m worried about Chris and Katie," Burnett told Degeneres. "I know that Katie is an optimist and she sees the good. She gets glimpses of the good parts of Chris, but I think that Chris needs to step it up, like, if he wants to keep her. And I think that she needs to, you know, tell him to step it up—and I know that she is. But, you know, honestly, it’s like—couple’s counseling. It’s not a negative thing."