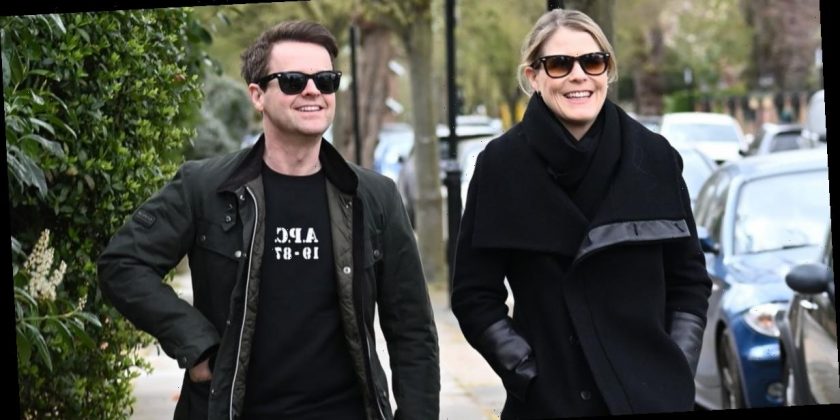 Declan Donnelly and his wife Ali Astall have been spotted putting on a cheery display after their home was the target of an attempted burglary.

TV presenter Dec, who recently said he's "thrilled" for Ant McPartlin and Anne-Marie Corbett over their wedding plans, looked happy and relaxed as he went on a dog walk with his other half.

The 45 year old donned a black T-shirt with 'A.P.C. 19-87' emblazoned on the front, which he teamed with a pair of navy blue jeans and a forest-green Barbour jacket.

The star accessorised with a pair of dark shades to shield his eyes from the sun and held onto the lead to his little Dachshund Rocky. Dec's wife Ali looked gorgeous next to her other half as she wrapped up warm in a thigh-length black coat, which featured pleather detailing.

The 43 year old teamed the ensemble with a pair of grey, black and white patterned leggings, a black scarf and a pair of sunglasses. The blonde beauty styled her mane back into a ponytail and wore minimal makeup for the outing as she donned some pink lipstick.

The pair appeared chipper despite the terrifying events that took place this week after thieves tried to break into their £5million home while they slept upstairs. The television presenter, who previously celebrated pal Ant's birthday, was asleep, along with his wife Ali, their daughter Isla and sausage dog Rocky as the burglars attempted to force their way into the West London residence.

However, Metropolitan police were alerted before 1am after a 999 call, just as the thieves left. It's understood the attempted burglars were not able to access the mansion and were unable to get through the gates.

Forensic squads were sent to the location to check for evidence as the police continue an investigation. CCTV was also taken from Dec's home for the police to check for further analysis. The Met police released a statement which read: "Police were called at approximately 00:40hrs to reports of an attempted burglary at a residential property.

"Officers attended. The suspects had left the scene prior to police arrival. There was no evidence that they had gained access to the property.

"Inquiries are ongoing. At this early stage, there have been no arrests," they confirmed. 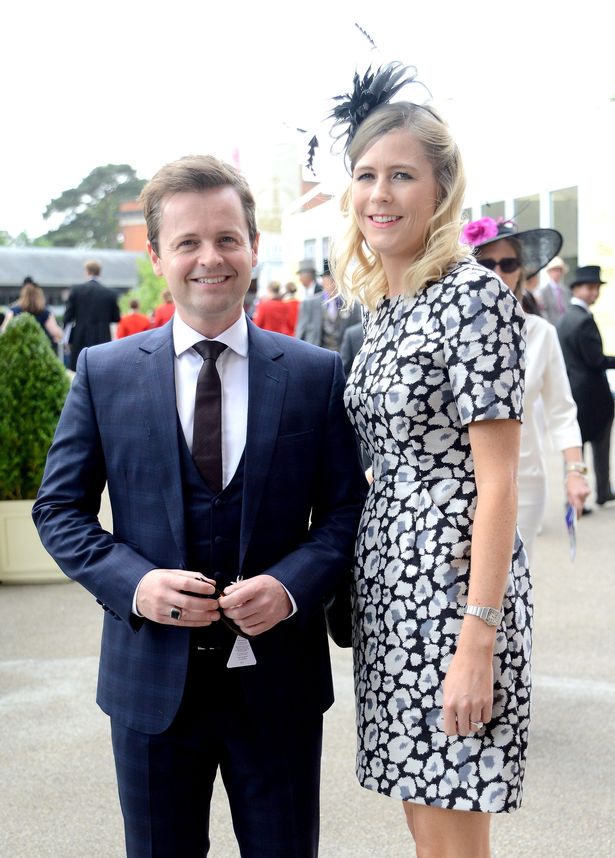 A source told The Sun: "The robbers couldn't force the gates open and that's what made them give up, and flee.

"Dec and Ali weren't disturbed. The first they realised anything was amiss was in the morning."

OK! online contacted Dec's representative but they refused to comment.