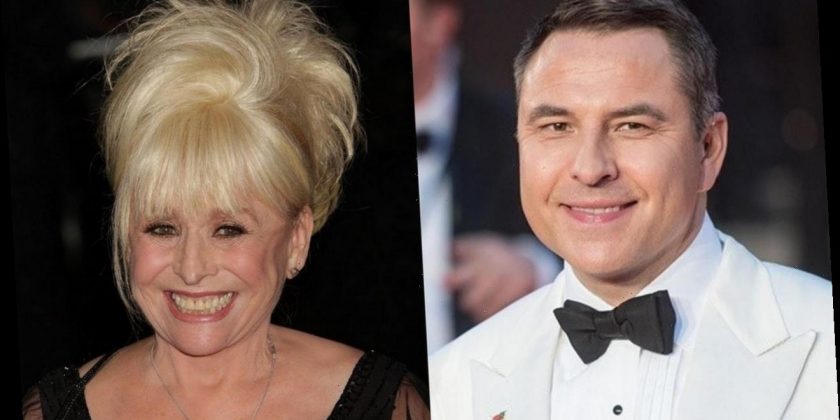 Friends and former co-stars are sending love and condolences in the wake of Barbara Windsor’s passing, taking to social media to remember the British actress.

AceShowbiz –David Walliams and the stars of “Eastenders” are among those to have paid tribute to Dame Barbara Windsor following her death.

The legendary actress – who was a household name thanks to her roles in the BBC soap and the “Carry On” franchise – tragically passed away on Thursday (10Dec20) aged 83 following a long battle with Alzheimer’s, her husband Scott Mitchell confirmed, and now her friends and former co-stars have been sharing their memories of the iconic star.

“Britain’s Got Talent” judge David hailed Barbara as the “unofficial Queen of England” as he tweeted, “Goodbye Dame Babs. You were my first love as a child in the Carry On films & I will love you forever. Working with you, spending time with you & being your friend was one of the greatest thrills of my life. The unofficial Queen of England, an icon treasured by the nation.(sic)”

His “Little Britain” partner, Matt Lucas, expected the “whole country” to be devastated by the news and remembered Barbara for both her acting and her charity work.

“You don’t become a Dame by accident. Everyone knew Barbara Windsor and everyone loved her,” he posted. “She delighted us on stage and sparkled on screen in a long and illustrious career. She also worked tirelessly for charity, and continued to do so, even when her own health was failing her.”

“Her devoted husband Scott has been utterly selfless and heroic in caring for her and I am devastated for him. I will miss her warmth, her generosity, her laughter and the kindness she showed me.”

“Torchwood” actor John Barrowman added in a video shared to his Twitter page that Barbara will be “sorely missed” by all those in the showbiz world.

“In the 30-odd years of my career I’ve had many, many occasions where I’ve been in company with Barbara – or, as everyone just called her, ‘Babs’ – and she will be sorely missed,” he said. “She was a small woman but feisty and she had the biggest, biggest heart in the business. And she was a genuine, lovely, warm, caring person and she will be sorely missed by the film, television, radio and theatre worlds.”

“We all knew that she wasn’t in great health, but it’s still a shock when it comes. Rest in peace, Dame Barbara Windsor. You will be sorely missed.”

Meanwhile, the passing of Barbara – who played Queen Vic landlady Peggy Mitchell in “EastEnders” – has left her soap son Steve McFadden “devastated” and Danniella Westbrook, who played her daughter Sam, has also shared an emotional tribute.

“Today we lost a legend a national treasure and a woman who I looked up to for most of my life,” she wrote. “A generous, warm, funny humble and beautiful lady and someone who gave us all much joy watching her act. A woman who I was lucky enough to work with for many years as my mum and a loyal friend. The brightest of all stars will now shine above us instead of among us.”