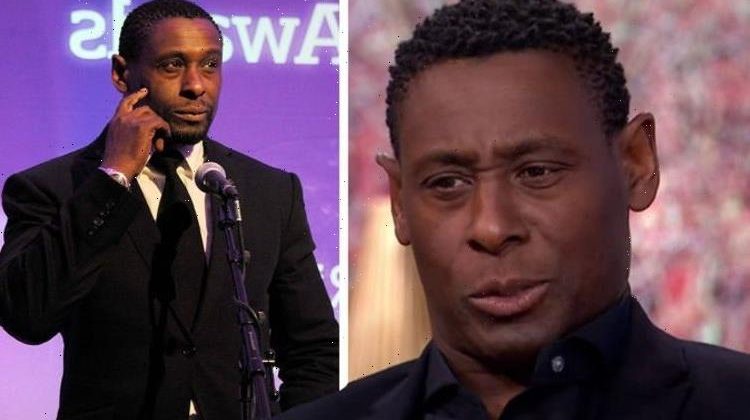 David Harewood opens up about his mental health battles

David Harewood, 55, bravely spoke about how he reached rock bottom right before he was cast in the hit show Homeland. He admitted that without America, none of his success would have happened after his career “fell off a cliff” during his 30s.

In a new interview David, who has become a bigger star over the pond than in the UK, has a lot to thank the career-defining role for, where he portrayed CIA Counterterrorism Director David Estes.

With his impeccable American accent, he quickly became a fan-favourite and despite his grisly demise – being blown up at the end of the second series – it was dynamite for Harewood.

“I was in a James Corden show, and I had one line.”

“Until my 30s my career had been great, and then it just fell off a cliff.”

He credits his agent and manager, both American, who encouraged him to audition for the role.

And three weeks after sending in his tape, he was offered the job and flew to the States immediately, leaving behind his wife and their two daughters.

Despite having now moved back to the UK permanently to reunite with his family after almost a decade in the US, it will remain a move he will never regret.

Looking back at his character’s death in the show, he chuckled: “Being blown up was the best thing that happened to me.

“Everyone in Hollywood was watching the show.

“Everyone wanted to meet me!

“It became my calling card and opened a lot of doors.”

He went on to say: “My demise was a very public one, it drew a lot of attention to what I was doing and who I was, and I ran with that.”

For the last seven years, Harewood has appeared as Martian Manhunter and Cyborg Superman in DC’s Supergirl TV series.

Now, he has a new project on the cards, just in time for the festive period.

“Doing a Christmas classic is up there with doing a movie or getting an Emmy,” he told Radio Times.

The actor is of course talking about narrating the Channel 4 animated adaptation of Terry Pratchett’s The Abominable Snow Baby.

He insisted the programme, which also stars Julie Walters, will be a “warm classic”.