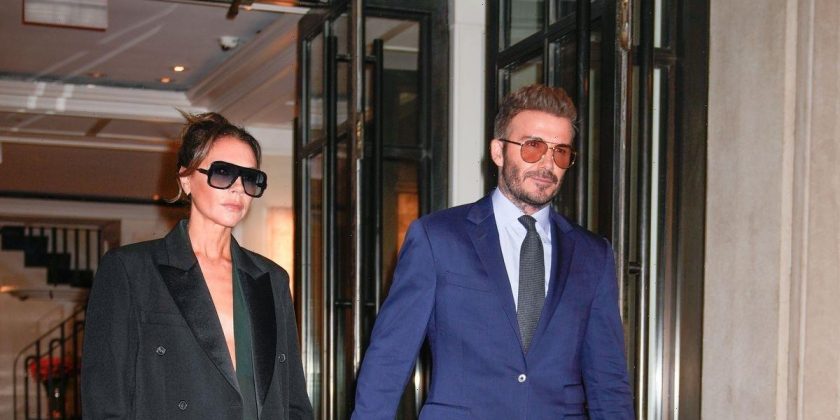 David and Victoria Beckham stepped out in style on Tuesday as they ventured into Manhattan, New York, for date night.

The Spice Girls member-turned-fashion designer, 48, stepped out of their hotel in a deep green dress and black trench coat while her former footballer husband donned a sharp blue suit.

Their outfits work seamlessly together, with small but significant details like the colour of David’s tie connecting the couple.

According to Vogue, Victoria’s handbag is also a subtle nod to the watch David, 47, gifted her when she was awarded her OBE in 2017.

This comes after Victoria reportedly squashed the feud between herself and her son Brooklyn’s new wife, Nicola Peltz.

Following her debut show at Paris Fashion Week, Victoria thanked her family for their support and posted a sweet snap of the happily married couple in the front row.

"I love you all so much," she wrote alongside the snap, which Nicola, 27, then reposted on her own feed.

Nicola spoke out on the wedding dress saga in and interview with Grazia, where she said: "I was planning on wearing Victoria's wedding dress and I was truly so excited to be able to wear a design that my future mother-in-law created.

"I thought that was so beautiful and such a beautiful story.

“I thought, 'Oh, this is going to be so fun. One of my best friends and my mom'.

"We connected to start designing the dress, and then a few days went by and I didn't hear anything. Victoria called my mom and said her atelier couldn't make it.”

The heated feud is said to have taken its toll on Brooklyn, who naturally wanted to keep the peace between his mum and wife.

A source told OK! that: “The rumours of a feud won’t be going away any time soon. You can’t get along with everyone, and they’re just different people.

“Brooklyn is standing by Nicola. He doesn’t want her to be unhappy and he’s so in love with her. It’s affecting Brooklyn – and it’s had a knock-on effect on the family.”