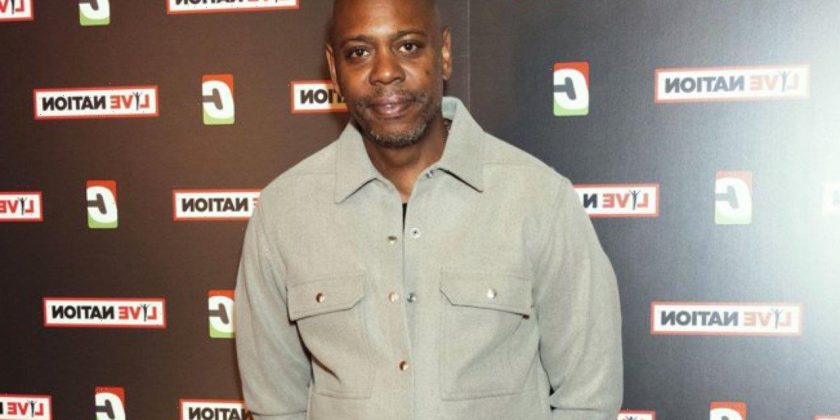 In a video circulated online, the comedian is seen being tackled to the ground as he performed as part of the ‘Netflix Is A Joke’ festival at the Hollywood Bowl in Los Angeles.

AceShowbiz -A man has been charged with felony assault with a deadly weapon after allegedly attacking Dave Chappelle on stage. The former “Chappelle’s Show” host appeared to be tackled to the ground as he performed as part of the “Netflix Is A Joke” festival at the Hollywood Bowl in Los Angeles on Tuesday night, May 3. Now, LAPD officers have confirmed they are holding 23-year-old Isaiah Lee in custody on a $30,000 in connection with the incident.

A spokesperson said Lee had “a replica handgun with a knife,” describing it as a “replica handgun-slash-knife”, but neither Dave nor any law enforcement officers were injured.

Footage shared online showed a man in a black hoodie rushing the stage and pushing the 48-year-old comedian before being stopped by security guards and members of the star’s team as he attempted to flee.

The would-be attacker was removed from the venue on a stretcher and an LAPD spokesperson said Lee was treated for injuries before being charged and booked. Chappelle later told the crowd, “I grabbed the back of that n***** head, his hair was spongy, absorbent.”

Meanwhile, Jamie Foxx, who had also rushed to help his pal, added, “Listen, I just want to say I’ve had an incredible time. This guy is a genius, we’ve got to protect him at all times, man.”

“This is what it’s about. For every comedian that comes out here, this means everything,” he continued. “You’re a genius, you’re a legend, I enjoyed myself thoroughly and we’re not gonna let nothing happen to you.”

In another short clip seemingly taken after the incident, Chappelle appears to joke that the alleged attacker was a “trans man.”

The comedian previously faced a lot of backlash with fans accusing him of making transphobic comments in his 2021 Netflix special “The Closer”. He later posted on Instagram and explained while he was willing to discuss the show with members of the transgender community, he wouldn’t be “bending to anybody’s demands.”

“To the transgender community, I am more than willing to give you an audience. But you will not summon me. I am not bending to anybody’s demands,” he said at the time. “If they had invited me I would have accepted it, although I am confused about what we are speaking about. I said what I said and boy I heard what you said. My god, how could I not?”