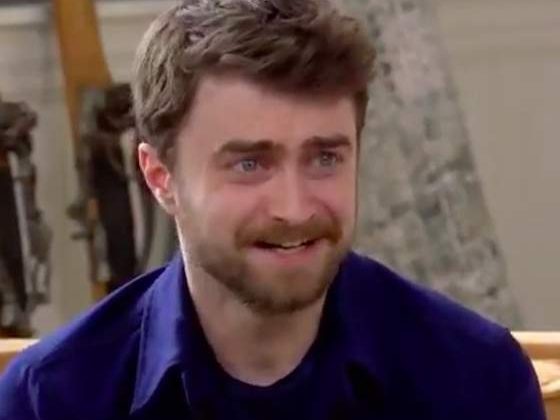 Whew, Daniel Radcliffe, lightning bolt-headed magic child, no. I am currently typing this post 10 minutes south of Boston, deep in the heart of Pats Nation so I’m in the know. And you don’t have to believe me but BELIEVE ME – you better fling a leg over your Quidditch broom and zoom your Hufflepuff whatever ass out of this dimension. Because Pats Nation is CRAY over the GOAT (aka New England Patriots golden boy Tom Brady) and they will come for you. These people don’t care that Tom Brady supports #Twitler. They wouldn’t care if he supported the actual Hitler! Tom Brady could be slapping puppies in the middle of Faneuil Hall wearing a BUILD THE WALL t-shirt while simultaneously doing all of their wives and heterosexual New England men would still be lining up to blow him. *crickets* Uh, yeah, Daniel Radcliffe called Tom Brady out for supporting Trump.

In an interview with Variety, Daniel was asked who he’s rooting for in the upcoming Super Bowl. Honestly, his entire answer just put him on some sort of Pats Nation watchlist. They’re going to be burning his ass in effigy in the center of Gilette Stadium over a blazing pile of Harry Potter books.

“He should stop winning things. Take that MAGA hat out [of] your locker.”

And for those of you who don’t know sportsball (me neither, I just have Google), Tom Brady has won three league MVP awards, five Super Bowls, and four Super Bowl MVP Awards hence Radcliffe’s issue with him winning.

The Patriots will play the Los Angeles Rams in Superbowl 53 at the Mercedes-Benz Stadium in Atlanta on Feb 3. There, now those of you who are like me can plan accordingly for clowning on Maroon 5’s halftime show and not missing any movie trailers.

As for Radcliffe, Voldemort himself is sadly shaking his head and wondering where he should send the flowers and sympathy card after New England gets a hold of him.