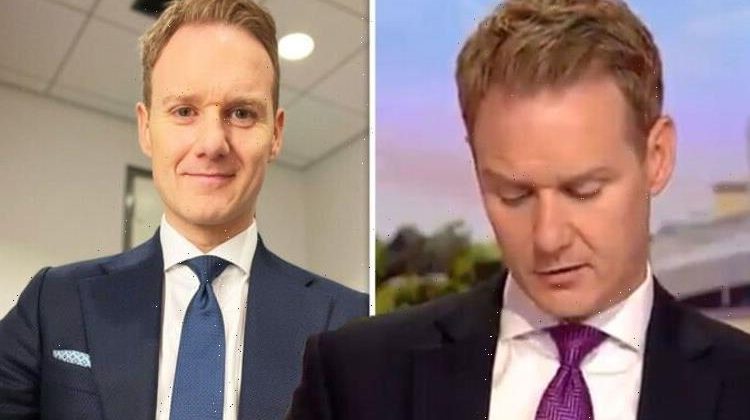 BBC Breakfast viewers were left confused on Wednesday morning when they tuned into the news programme to find the broadcaster missing from the red sofa. The former Strictly Come Dancing star Dan Walker was replaced by fellow BBC presenter, Jon Kay, who hosted the morning show alongside Sally Nugent.

The 44-year-old usually fronts the show from Monday to Wednesday alongside Sally but the BBC favourite was noticeably missing.

Viewers of the programme took to social media and addressed their confusion over Dan’s sudden absence.

Twitter user, Charlotte questioned: “Where is Dan Walker this morning?? Most weeks he’s only doing two days!! Why??”

Martin Drapper joked: “@mrdanwalker – blimey you get an extra day off and apparently viewers are outraged!”

The broadcaster has since broken his silence following his absence from the show.

Dan explained that he was busy with other hosting duties away from his regular schedule.

Taking to Instagram, the dad-of-three shared a photo of himself looking smart in a waistcoat.

In view of his 272,000 followers, the presenter smiled directly into the camera.

He penned: “Hello. How are you doing?

“I’m doing some hosting today. If you can correctly guess where I am then you win the contents of the snack bowl. PS It has 3 Freddos and a satsuma in it.”

Margaret Fowler commented: “Did wonder where you were this morning although I don’t actually know where you are in reality if that makes sense!”

Chrissy Saunders penned: “You were missed this morning Dan.”

Carol remarked: “Missed you today Dan. Looking smart wherever you are!”

While Strictly brotherhood joked: “Are you helping Piers Morgan out with his new show?”

Dan has remained tight-lipped on his latest venture away from the Breakfast sofa.

Meanwhile, the BBC presenter was replaced by his co-star Jon on today’s programme.

BBC Breakfast airs daily on BBC One at 6am.