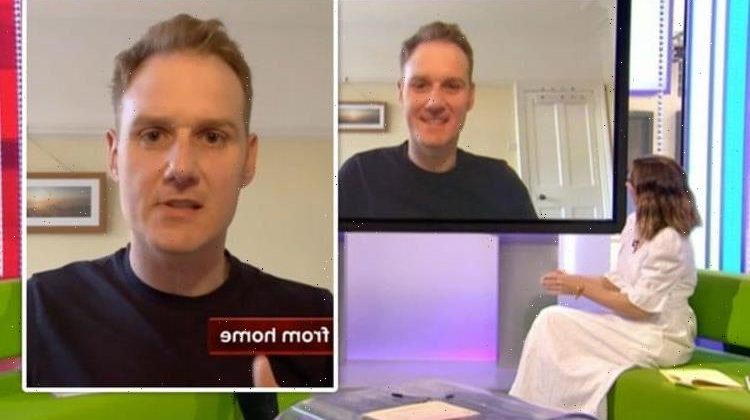 BBC Breakfast host Dan Walker, 44, explained why so many football fans were not impressed with the news top clubs may form a breakaway European Super League. Before handing over to the presenter, The One Show host Alex Jones revealed her husband Charlie was left “outraged” by the announcement.

Dan went on to discuss the topic and ended his chat by asking the hosts which shirt he should wear on BBC Breakfast tomorrow.

The presenter held up a white and blue shirt to the camera, prompting Alex and Michael to choose the former.

Following this, one eagle-eyed viewer took to Twitter to query why he was wearing an elastic band on his hand.

BBC reporter Mark Savage wrote: “[email protected] has just been on @BBCTheOneShow with an elastic band wrapped around his fingers. 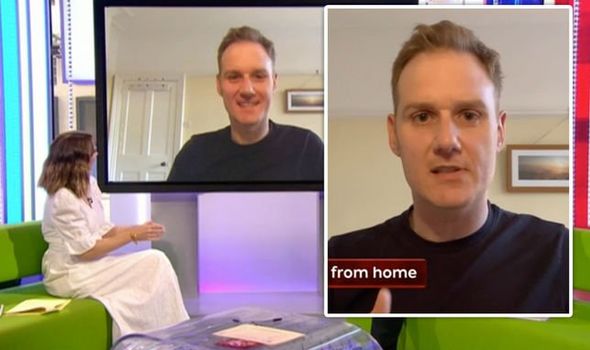 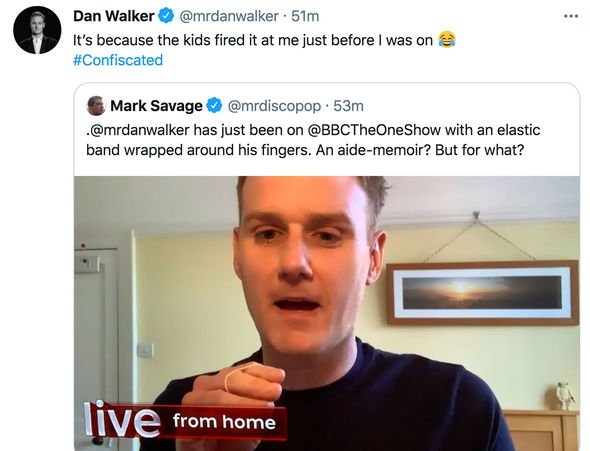 “An aide-memoir? But for what?”

In view of his 708,000 followers, he replied: “It’s because the kids fired it at me just before I was on #Confiscated.”

Others took to Twitter to thank Dan for explaining the controversy.

A second commented: “The brilliant @mrdanwalker explains so clearly the reason everyone is up in arms about the #europeansuperleague Thank you.” 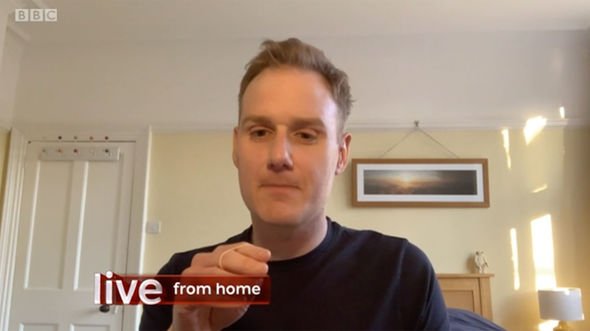 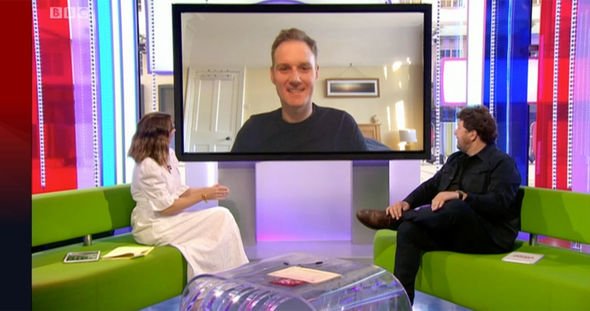 A third wrote: “As someone who doesn’t follow football that closely, that was a great explanation, I think I now get it!”

Ahead of his appearance, he tweeted to fans he will be going on the show to discuss the topic.

He commented: “About to go on @BBCTheOneShow with @MissAlexjones & @mrmichaelball to talk #europeansuperleague and why it’s caused such a stir. See you in a mo.”

Dan gave his take on the news just days after announcing he will be leaving Football Focus later this year.

The father-of-three said he will be taking on new opportunities when his contract comes to an end.

He said: “It has been an amazing 12 years and I have loved every second of it.

“I am so proud of the job we’ve done, the changes we’ve made and issues we’ve looked at while the football landscape changed immeasurably.

Following his announcement, it was reported that Alex Scott is the favourite to take his place.

A source told The Sun: “Alex was deemed the perfect fit for the role. After her stint on Strictly in 2019, her popularity went through the roof.”

A BBC spokesperson told Express.co.uk: “An announcement on the new presenter will be made in due course.”

The One Show airs weekdays from 7pm on BBC One.