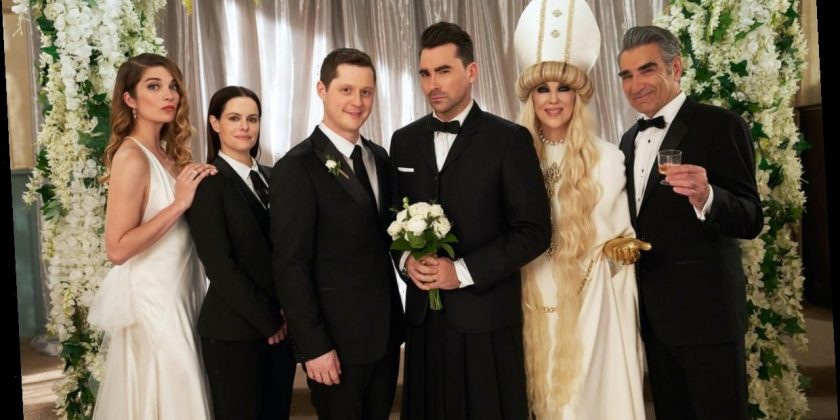 When Schitt’s Creek first arrived, it was billed as a story of a wealthy family who suddenly found themselves broke. Forced to live in the only asset they had left, a town called Schitt’s Creek, the Rose family spent the first season comically learning to live with less. But as time and the show went on, it also became a progressive story about love and acceptance. Considering that, it’s not surprising to see creator and star Dan Levy’s tweet calling out Comedy Central India for censoring a Schitt’s Creek scene in which two men kiss.

In the Season 5 clip below, which Comedy Central India tweeted back in 2019, David (Dan Levy), Alexis (Annie Murphy), Patrick (Noah Reid), and their friends are playing spin the bottle. There’s a kiss between two women, Alexis and Stevie (Emily Hampshire); and a kiss between Alexis and her boyfriend, Ted (Dustin Milligan). It’s when Ted spins the bottle and it lands on David that things go off the rails.

This is a famous scene within the fandom, as David and Ted’s kiss sparks a ton of drama (because Alexis and Patrick get jealous, not because it’s a same-sex smooch). However, in the awkwardly cut version shared by CCI version, the kiss between the two men is edited out.

In a tweet on Oct. 6, Levy pointed out his issues with this clip.

Comedy Central India has yet to respond to Levy’s tweet, but fans have already come out in support of him, agreeing that by editing the clip in this way, CCI is missing one of the show’s central tenets that makes it so great.

This is not the first time Indian television has altered content imported from America. Game of Thrones, for instance, was censored not just for the sex, but also for violence through the series eight-season run. In the episode of Friends when Phoebe craves meat, all references to cows were muted. And Comedy Central India itself was suspended for a week in 2014 for not self-censoring "objectionable content."

Hopefully, Levy’s statement will make an impact on those who decided it was too risky to show a same-sex kiss between men. After all, marriage for all has now been legal in India since 2018.