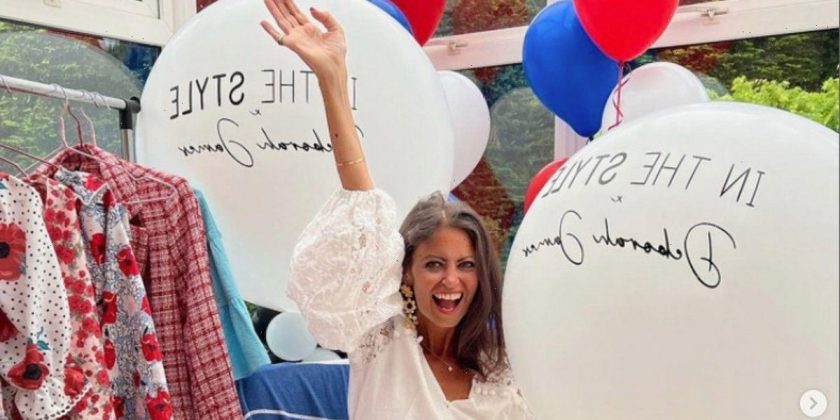 Dame Deborah James has said she is "emotional" as she made the decision to bring forward the launch of her In The Style collection so she'd be "here to see it."

The new clothing range will go on sale for a 48-hour preview tonight at 7pm, with all profits going to Deborah’s Bowelbabe fund. The Dame, who is receiving end of life care at her home in Surrey, announced the news on Instagram, saying she is “really proud”.

“I’m nervous because of all the hard work we put into it and I just really hope you like it,” Deborah wrote. “We decided to bring a little pre-order launch forward just so I’d be here to see it, which makes me emotional.”

"I just wish I could wear it all," she added.

Last week Deborah gave fans a sneak peek of the collection with the launch of her ‘Rebellious Hope’ t-shirt. All items sold out within hours, and so far the t-shirt has raised £400k for the Bowelbabe charity.

“I am blown away yet again. The charity T-shirt is just a sneak peek [of my collection] but I am so proud,” she said.

The In The Style collection was announced just last week, as Deborah revealed she’s been working on it for “several months”.

“I cannot tell you guys how this partnership has kept me going through my hospital stays and taken me away from cancer,” the star wrote. “For years, I always talked about ‘dressing up to make you feel better’ and over recent months all the ups and downs, being in and out of hospital, dressing up in nice clothes and popping on some lippy has made a difference to my journey.”

Deborah thanked the In The Style team and her fans for their support, before saying “I’ve had so much fun designing and curating everything and I hope you have just as much wearing it all”.

Fans were particularly excited that Deborah confirmed the dress she wore to meet Prince William is part of the In The Style collection. The Duke of Cambridge made a visit to the star’s family home on May 13 to award her with a Damehood for her work for the Bowelbabe fund.

This came after Deborah raised over £2.5 million in just three days after an appeal on Instagram. She asked people to donate as she announced the news that she had stopped receiving active care for her bowel cancer after five years of treatment.

Deborah has raised over £6 million for the Bowelbabe fund so far, and is sure to raise even more with the launch of this In The Style collection.

For updates on Dame Deborah, sign up to our daily newsletter here.