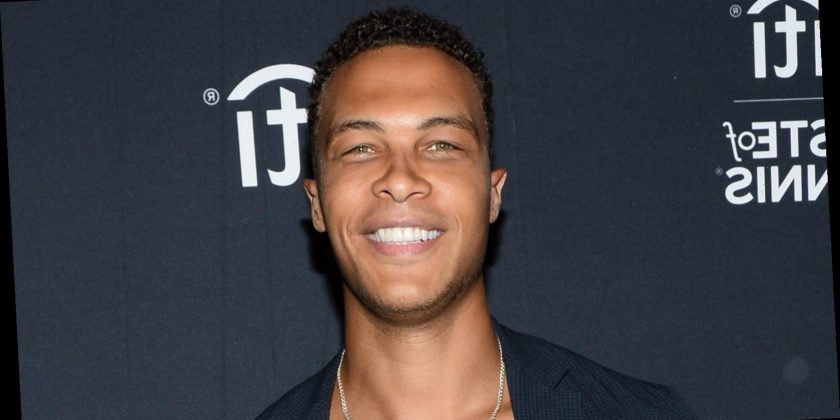 Before his life-changing stint on The Bachelorette, contestant Dale Moss — who is believed to have captured Bachelorette Clare Crawley’s heart at first sight — had a number of jobs. Per his LinkedIn profile, Dale’s past jobs include playing pro football for the NFL, hosting a podcast called The Game Plan, being a global ambassador for the Special Olympics, and running Moss Martin Media, which he also founded.

Most Bachelorette fans know by now that Dale is also a professional model who is repped by Wilhelmina International, but what they might not know is that, at one point of his modeling career, he posed for Party City.

While Dale is incredibly attractive, the costumes he modeled for the retailer aren’t exactly the most flattering. A fan posted screenshots of his Party City looks in a tweet, showing Dale dressed as a Roman centurion, a taco, and Superman — complete with fake muscles.

Dale Moss had the best responses to his old modeling photos

Fans were delighted when the photos began to circulate on social media, and even Dale himself joined in on the fun. He tweeted a photo of the original Party City photo of him dressed as Superman captioned with “how it started” next to another photo of him in the costume in a more relaxed pose with the caption “how it’s going.” Dale tweeted “Dale with it” and a winky face emoji along with the photos.

Dale also responded to the throwback photos in the comments of a post from The Betchelor‘s Instagram account, which turned the photo of Dale dressed as a taco into a meme with the caption “Dale Taco,” spoofing the name of fast food chain Del Taco. “You know Bachelorette Dale, but do you know Party City model Dale?” wrote the account.

“Love it!” responded Dale. “Read your contracts kids… Could be worse.”