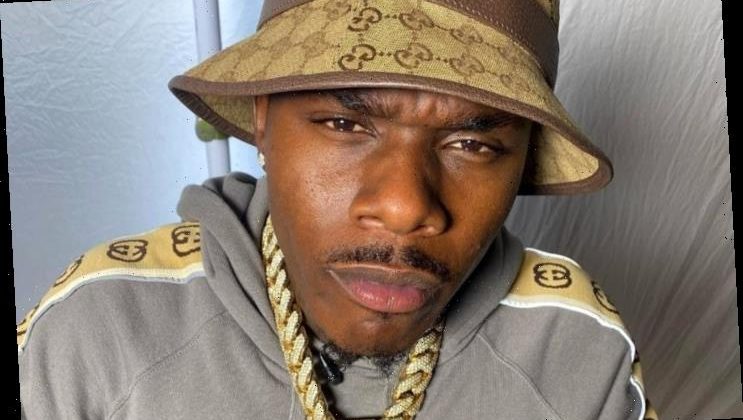 The ‘Rockstar’ rapper urges his fans to check on their loved ones today as he is mourning the death of his brother Glenn Johnson, who reportedly took his own life with gunshot.

AceShowbiz –DaBaby has come with an important message to his fans amid his grief due to his brother’s death. The rapper, who is mourning the loss of his brother from reported suicide, urged his followers to reach out to their family members and friends.

On Wednesday, November 4, the Cleveland-born artist posted a new video on Instagram Stories. “Good morning. Check on your people,” he said in the clip, looking glum. He reminded his followers, “Somebody probably wants you to call them and say, ‘Wassup, are you straight?’ Do that.”

The “Rockstar” hitmaker repeated the message in a caption written over the video which read, “Check on ya ppl for me.”

Earlier in the day, Glenn posted a video in which he claimed that he had been wronged in the past. He was visibly upset and crying, while holding a firearm in a car in the video. He reportedly shot himself in the head around 4 P.M. local time and died not long after posting the said clip. He is said to have left behind three daughters and a son.

Following news of his brother’s passing, DaBaby paid tribute to his late brother on his Instagram profile. “LONG LIVE MY BROTHER [a black heart emoji],” read a description on his page.

He also posted lyrics from his song “Intro”, in which he gives insights into his brother’s struggles. “My brother be thinkin’ that we don’t love him and let him struggle like we ain’t family. Like I won’t give up all I got to see you, n***a,” read the lyrics posted on the rapper’s Instagram Stories on late Tuesday. He added below it, “I would’ve gave up all I had to see you happy n***a.”

Clearly still struggling to cope with the loss, DaBaby later took to Twitter to express his feelings by simply posting a broken heart emoji.