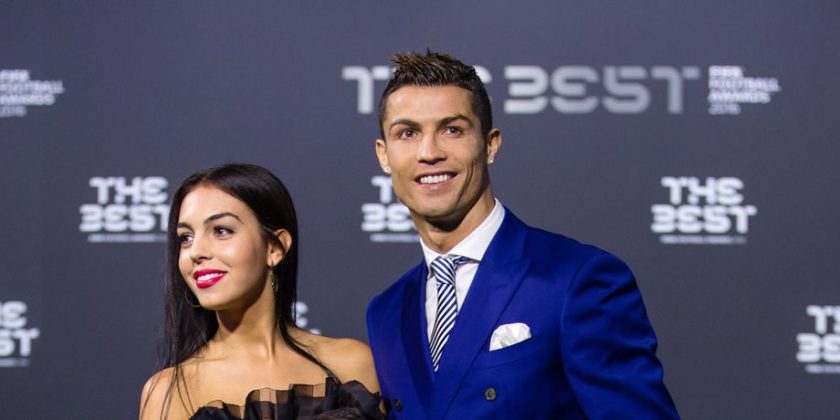 Soccer star Cristiano Ronaldo and his Spanish fiancee Georgina Rodriguez headed to Dubai to spend New Year’s, and they’re ending 2018 with a bang by lounging on a yacht and enjoying the warm Middle Eastern weather.

Ronaldo, 33, treated Georgina, 24, and his eldest son, 8-year-old Cristiano Jr., to a lavish trip to Dubai, and the sexy couple posed on the luxury boat and took a few snaps for social media. The Juventus star took to his Instagram page to share a picture of the two of them locking lips, in which he’s seen wearing only a pair of blue trunks and some sunglasses, showcasing his insane sportsy figure.

Georgina, on the other hand, opted for a more covered-up look, displaying her toned abs as she sported a PVC crop top and a figure-hugging black skirt combo. The Spanish babe styled her brunette locks into a bun that she tucked in a cap and completed the look with some hoop earrings. Later on Monday, she also posted a couple of photos from their vacation on her Instagram, including one where the couple is seen posing with Ronaldo’s eldest son and the three of them look absolutely joyful and another one of the two of them sunbathing on the yacht.

Georgina also shared a photo of herself in a black-and-white bikini, taking in the sun while in a hot tub, and used the caption to thank 2018 for “making me so happy,” as reported by the Daily Mail. The past year has been super eventful for the couple, with Ronaldo going from Real Madrid to Juventus in a deal worth over $100 million, and their family welcoming three new additions — Gio gave birth to their baby girl, Alana, 13 months ago, and 18-month-old twins Eva Maria and Mateo were born from a surrogate mother (just like their eldest brother).

As if that wasn’t enough, media reports also revealed that the couple recently got engaged, as they were pictured wearing matching Cartier rings during a dinner outing in London back in November, as per the Sun. Gio has also spoken about their relationship, and how they became even closer after the birth of their youngest daughter.

“It has definitely brought us closer. We’re happier together than ever. I have found love. We complement each other very well.”

‘We have a beautiful relationship and when I have him beside me, I have everything. I feel loved and cared for. Love conquers all,” she said.