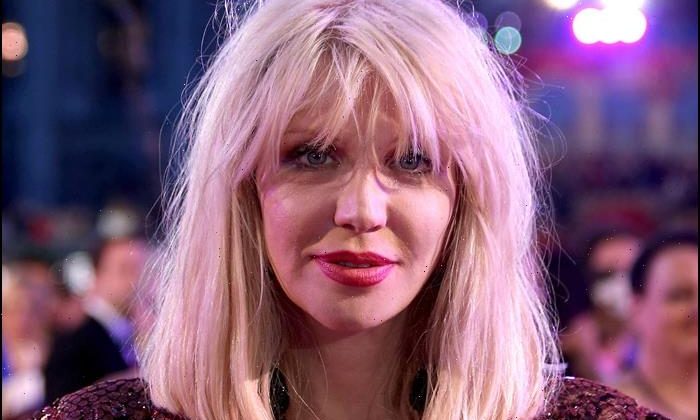 Courtney Love claimed during a recent interview with Marc Maron on his “WTF” podcast that she was fired from Flight Club following a dispute with Brad Pitt.

Love claimed she was cast in the role of Marla Singer in 1999’s Flight Club but was fired becasue she “wouldn’t let Brad play” Kurt Cobain in a separate film about the Nirvana frontman.

“I went nuclear,” Love recalled of her reaction to Pitt’s suggestion, saying that she told the actor, “‘Who the f— do you think are?'”

She added that she told Pitt, “I don’t know if I trust you and I don’t know that your movies are for profit. They’re really good social justice movies, but… if you don’t get me, you kind of don’t get Kurt, and I don’t feel like you do, Brad.”

Love said that her boyfriend Edward Norton broke the news to her that she would no longer by costarring with him and Brad. “He starts sobbing. … And he was like, ‘I don’t have the power!’ ” she said.

Meanwhile, People quotes a source as saying, “Love auditioned for a role in Fight Club, a role she was never offered at any point. You cannot be fired for a job you didn’t get. It’s common knowledge that roles are not decided by other actors, but by the director.”