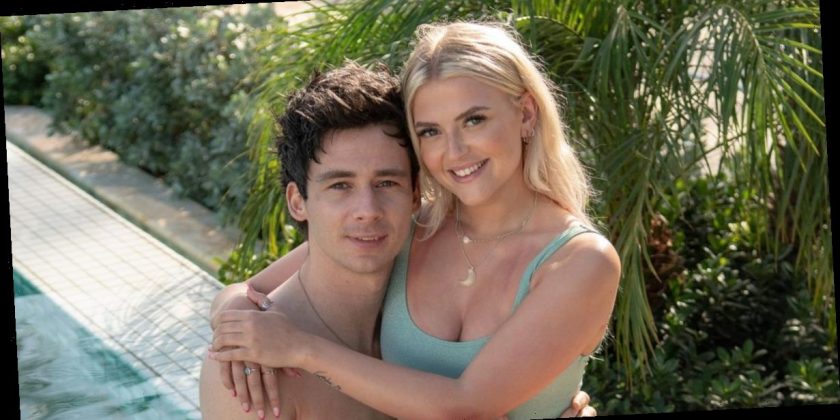 Lucy Fallon has reportedly broken up with her boyfriend Tom Leech after four years together.

The 24 year old, who recently wowed fans with her incredible singing voice, and her ex spent the duration of the coronavirus lockdown together but it is believed the pair felt they needed time apart after restrictions were eased.

A source said: "She and Tom have called it quits and are no longer together. They spent lockdown together but it gave them time to evaluate what they want.

“They decided taking time apart was the best idea and they have gone their separate ways."

The insider went on to explain that Tom, 29, has removed himself from social media in order to stay away from any updates or news about his former girlfriend.

Lucy, on the other hand, has thrown herself into filming Don't Rock The Boat, a TV series that sees 12 famous faces go on a 500-mile expedition rowing from Land’s End to John o’Groats.

“Tom has never courted the spotlight and has quit social media because he doesn’t want to see anything related to her," they continued.

The source added to The Sun: “She has thrown herself into Don’t Rock The Boat and has been trying to keep busy with filming, but it’s not been easy.”

A representative for Lucy has been contacted by OK! Online for further comment.

Lucy, who started selling her clothes online after the global pandemic halted her career following her exit from Coronation Street, and insurance manager Tom first met through mutual friends.

In an interview with OK! back in March, Tom explained that he was getting geared up to propose to Lucy and could even see them having children together someday.

When asked what the future holds in store for them, he answered: "It will be marriage and kids eventually, but not quite yet."

Lucy added: "Starting a family is ages away. There is loads I want to do. I’m not ready for that and we’re quite selfish."

Gushing over each other, the pair later admitted exactly what it is that they loved about one another. Lucy said: "Tom makes me laugh and he’s a really determined person. He will also put other people before himself."

While Tom replied: "One of my favourite things about Lucy is that she doesn’t accept or appreciate how talented she is. She’s also always the life and soul of the party.

"You could stick her in an empty room and she could manage to make a good time of it. Also, not many people get to see the side of her with her family, but with her nephews it’s nice watching her with them as I know she’ll make a great mum."