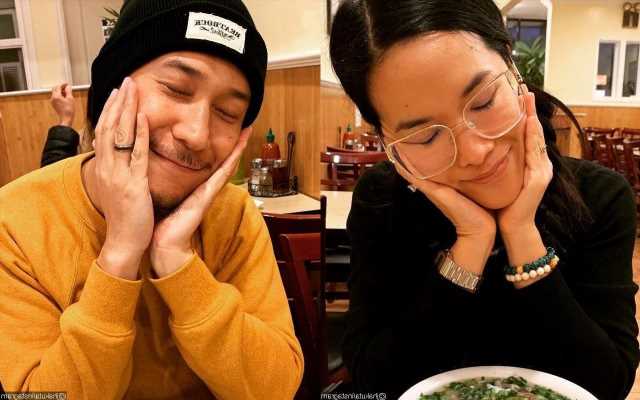 The ‘Big Mouth’ star and the vice president of product at healthcare company GoodRx are committed to ‘co-parent lovingly’ as they have two children together.

AceShowbiz –Ali Wong and Justin Hakuta are pulling the plug on their marriage. After eight years of marriage and more than a decade together, the comedian and her husband have decided to go separate ways.

A representative for the actress/writer confirmed the news on Tuesday, March 12 without sharing details of the split or what led to their divorce. Meanwhile, a source told PEOPLE that “it’s amicable” and that “they will continue to co-parent lovingly.”

Ali and Justin, who is the son of inventor Ken Hakuta, have two children together, daughters Mari and Nikki. The “American Housewife” star once opened up about miscarrying twins prior to getting pregnant with her first daughter and how joking about her miscarriage helped her cope with the loss.

Ali met Justin at the wedding of their mutual friends in 2010 and immediately hit it off. At the time, Justin was a Fulbright scholar and student at Harvard Business School. He went on to follow in the footsteps of his inventor father and becomes the vice president of product at healthcare company GoodRx. They wed in San Francisco on November 27, 2014 and welcomed their daughters in 2015 and 2017.

During her 2016 Netflix stand-up special “Baby Cobra”, Ali joked about how she knew her future husband was a “catch” and “trapped” him. “The first thing I learned about him was that, at the time, he was attending Harvard Business School,” she shared.

The former “Fresh Off the Boat” writer continued recalling, “And I was like, ‘Oh, my God, I’m gonna trap his a**. Going to trap his a**!’ And I trapped his a** initially by not kissing him until the fifth date, which is a very unusual move on my part. But I did it on purpose because I knew that he was a catch.”