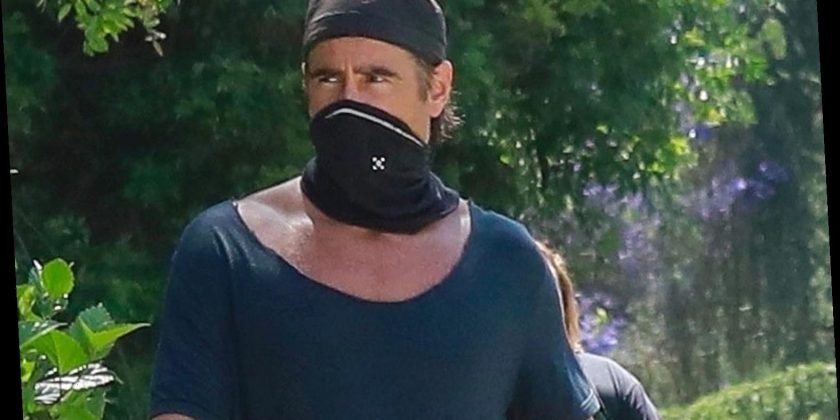 Colin Farrell covers up with a mask while going for a walk at Griffith Park on Friday (May 22) in Los Angeles.

The 43-year-old actor was joined by his dog while catching some sun and fresh air amid the pandemic.

PHOTOS: Check out the latest pics of Colin Farrell

Colin will next be seen in the upcoming movie Artemis Fowl, which will be released on Disney+ on June 12.

Another exciting project on Colin‘s film slate is the upcoming The Batman remake, which will star Robert Pattinson as the title superhero. Colin is playing the role of The Penguin and he recently opened up about what fans can expect from his role in the movie.

Make sure to check out the new photos of Colin going shirtless during a masked run!