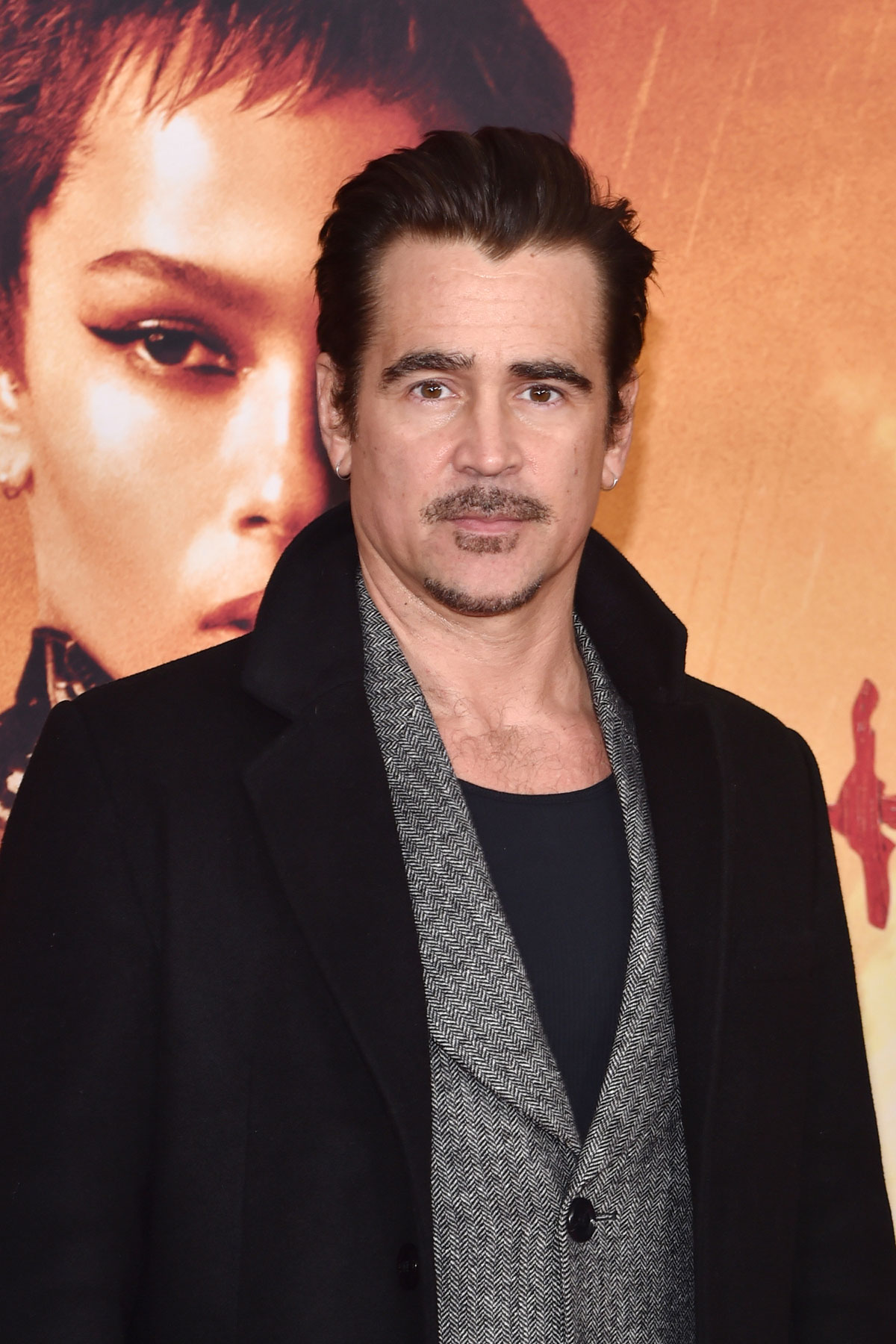 In addition to Box Office love, there is a lot of critical love for Matt Reeves’ The Batman. I’m shocked. Not that I didn’t think he could do it, but that the franchise could be reignited – again – to this kind of praise. But I’ve been convinced to go see it. I’m still unclear what the story is, but the performances are said to be the backbone of the film. One standout is Colin Farrell as Oswald Cobblepot, better known as The Penguin. The Penguin is a favorite Batman villain to begin with, so if a filmmaker gets him even close to right, they have a good chance of winning over the audience. Same goes for the actor. There’s been an evolution with The Penguin, however. In the comics, he ‘s a fairly elegant villain. It was Tim Burton who asked Danny DeVito to adapt a more feral-hybrid interpretation. But a lot of people still see that as the character. So when it was announced that Irish smokeshow Colin was stepping into the top hat, it left many confused and skeptical. But he rose to the challenge. Colin credits his “mask” for much of his performance. While talking to Sean Evans on Hot Ones, Colin said that being buried under that much makeup was “absolutely liberation” for him to go as broad as he could with the material.

There’s an exciting line-up of stars in Matt Reeves’ new DC film, including Colin Farrell, who plays Oswald ‘Oz’ Cobblepot AKA The Penguin. Farrell went through an extreme makeup transformation to become the iconic villain, and even revealed that the scarred, pock-marked face “horrified” his son. Today, a new episode of Hot Ones was released with Farrell as the guest, and the star revealed that wearing the prosthetics was “absolute liberation” as an actor.

During the episode, host Sean Evans brought up Tom Holland’s appearance on Hot Ones and how the actor talked about the challenge of playing a role while wearing a mask, and wondered how Farrell’s “unrecognizable” look in The Batman “shaped” or “informed” his performance.

“For me, it was absolute liberation,” Farrell shared. “I thought that it would be very limiting. I really did, I thought I’d be just oppressed by this – and it was totally the opposite. When the piece moves as well as the piece that was designed for the Penguin moved, my eyebrows moved to my cheeks and my smile, it was f*cking insane. I didn’t have any fear that Colin could be seen through.”

CB and I were talking about those Hot Ones interviews. We are both uncomfortable watching the actors suffer. But Sean is such a great interviewer. He does great research and asks thoughtful questions. That combined with the torture of the hot sauce makes for a raw and honest interview so they end up being very good – if you can handle seeing your crush burp, cry and discussing their bowel movements.

Colin’s prosthetics for The Batman were done by award-winning makeuo artist Michael Marino and everyone on the film raves about his work. The fact that everything looked and moved so realistically but looked nothing like Colin, allowed him to really stretch his wings with the character (yes, pun intended). As for the overall look, Matt said that when he first met with Colin, he was heavier from a weight gain from another film. But Colin felt unhealthy and asked to drop the weight, so they built him a padded suit. I feel like that’s a decent excuse for a padded suit. That and I’m more generous when it’s a comic book character. Matt said his inspiration for The Penguin in this film was John Cazale’s Fredo in The Godfather, so chances were, anyone he hired was going to end up in prosthetics, if only to get the nose right.

In his Hot Ones interview Colin also discussed his other film out now, After Yang. I saw it the other night and it’s amazing. It requires the viewers’ full attention, but the film seeps into you as you watch it. Plus, it’s just plain beautiful. During HO, Colin told Sean that the director Kogonada’s great grandfather was a renowned calligraphy artist. Colin made a loose connection to Kogonada’s understanding of film and space connecting to calligraphy. Having seen the film, it tracks.

Good thing Colin likes living inside The Penguin because we’re getting a whole limited series about him. 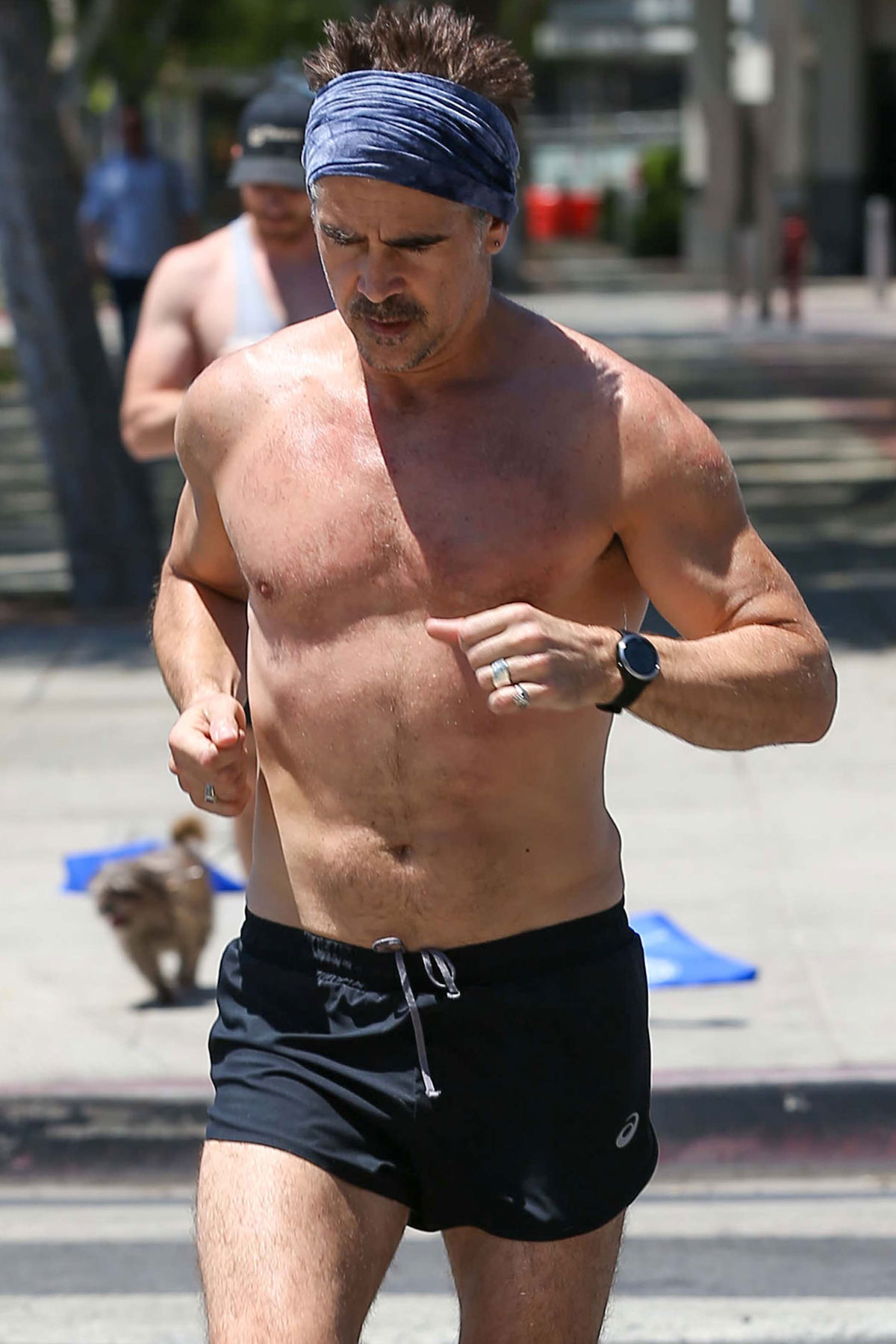