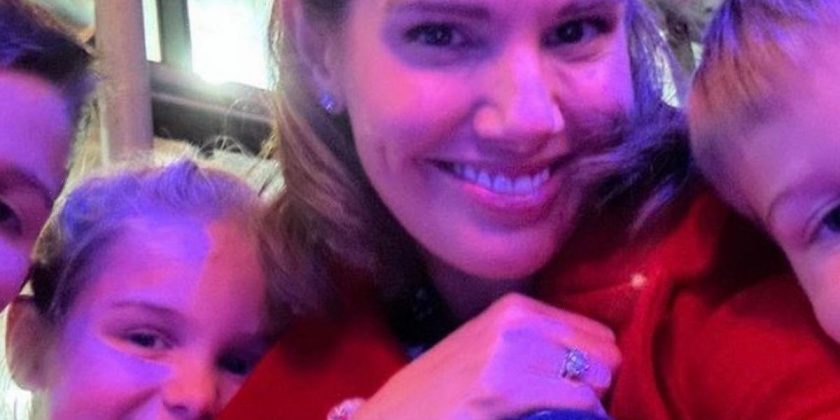 Coleen Rooney and Rebekah Vardy brushed off the finale of the Wagatha Christie TV drama on Thursday, as they headed out for some festive fun with their families.

The Channel 4 series, Vardy V Rooney: A Courtroom Drama, was a dramatised account of the famous libel trial of the two women that took place at the High Court earlier this year, and is based on the real court transcripts.

Coleen, 36, and Rebekah, 40, didn’t seem to let the airing of the TV drama get to them, as they each headed out with their children on Christmas trips.

Coleen posted photos on Instagram of her evening out with her brood of boys as they saw the pantomime Goldilocks and the Three Bears at the Epstein Theatre in Liverpool.

The mum-of-four praised the show as her sons Kai, 12, Klay, nine, Kit, six, and Cass, four, were pictured sitting with some of the cast.

"Brilliant pantomime @epsteintheatre. Thanks for having us,” Coleen wrote.

Meanwhile, Rebekah shared a series of snaps with her children as they visited Santa at the Polar Express.

Rebekah’s children Taylor, 12, Sofia, eight, Finley, five, and Olivia, two, were pictured smiling together as they enjoyed the festive outing, and were seen sporting matching Christmas robes and pyjamas during their fun-filled trip.

“We had so much fun tonight on the Polar Express,” Rebekah captioned the pics.

“Seeing Is Believing, But, Sometimes, The Most Real Things In The World Are The Things We Can't See.”

Both Coleen and Rebekah decided to embark on outings with their children as the two-part drama surrounding their trial aired this week.

The Wagatha Christie trial gripped headlines over the summer as Rebekah lost her libel case against Coleen, who accused her of leaking stories about her to the press in a viral Instagram post.

A judge ruled the claims to be “substantially true” and Rebekah was ordered to pay £1.5 million in legal costs.

A second said. “#VardyVsRooney Can’t get my head around it “.

Another added: “Pass the popcorn #VardyvRooney how did Rebecca Vardy think taking Coleen Rooney to trial was a good idea!!”