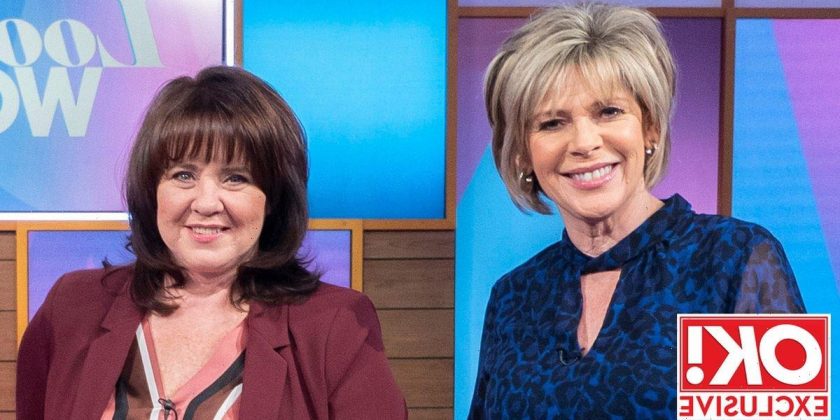 Coleen Nolan has opened up about her close pal Ruth Langsford's reaction being demoted on This Morning late last year.

Ruth and her husband Eamonn Holmes were ditched from the Friday slot on This Morning in late 2020 and replaced by Alison Hammond and Dermot O'Leary.

Asked about her Loose Women co-star's reaction to the news, Coleen said: "Yeah, it was horrendous. There’s loads I could say about the politics that goes on in our industry.

"But you can’t fight it, you’ve just got to accept it. And that’s hard because she’s a friend who I think is brilliant.

"I just want to say, 'That decision doesn’t make sense!' I think we’re in an industry where age and looks come into play."

Ruth broke her silence shortly after the news was confirmed by ITV. Sharing a statement, she wrote: "It’s a changing of the guard on Fridays from January. We hope you make Alison and Dermot as welcome as you’ve made us over the years.

"Have a Ball you two! It’s not Goodbye from us, it’s simply Au Revoir until the next half term."

Ruth and Eamonn are now stand-ins for the half-term and summer holiday slots but remain fan favourites of the show.

Many believed Ruth made a sly dig towards Alison – who starred in Big Brother in 2002 – in an interview at the time, insisting: "We've put the work in. We didn't do a reality show and get an overnight job on the telly,"

"We've come up through the ranks. Eamonn was only 19 when he started out. And he was doing the teatime news in Belfast during The Troubles.

"It was heavy stuff. And he's now got an OBE for services to broadcasting."

However, a spokesperson for Ruth later insisted that the comments were not directed at anyone.

Fans were delighted when Ruth and Eamonn returned to the show to cover Holly Willoughby and Phillip Schofield for the summer holidays.

Ruth recently gave a special shout out to her fellow Loose Women co-star Stacey Solomon after the birth of her daughter Rose.

Speaking of the newborn's sweet middle name, Ruth revealed: "Her middle name Opal has special significance actually because Opal is Stacey's birthstone, and Rose was actually born on Stacey's birthday, so that's now her birthday."

Ruth continued: "And then Stacey's engagement ring has got two Australian opals because that's where she and Joe met on I'm A Celebrity."

"It's all so thought through! So romantic," Carol McGiffin gushed.