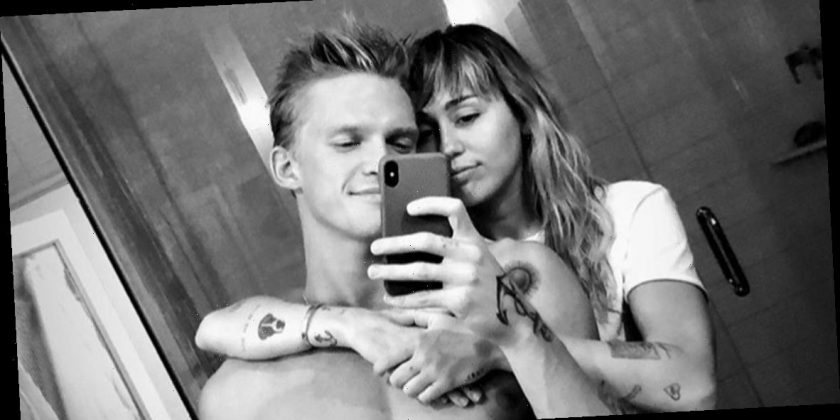 From friends to more. Cody Simpson gushed about his relationship with longtime pal Miley Cyrus and revealed how things turned romantic.

“We just have a ball and that’s the most important part of a relationship,” the singer, 22, told Us Weekly and other reporters at the Tiffany & Co. Men’s Collections Launch on Friday, October 11. “The reason why it’s not like … it hasn’t been a really crazy sudden thing is we’ve been friends for so long that when we sort of found each other again in a space where … We both met back in the day when we were partying a lot. We had a lot of fun then … but now we’ve found each other in a space where we’re not partying, working real hard and just like [to] keep things healthy.” 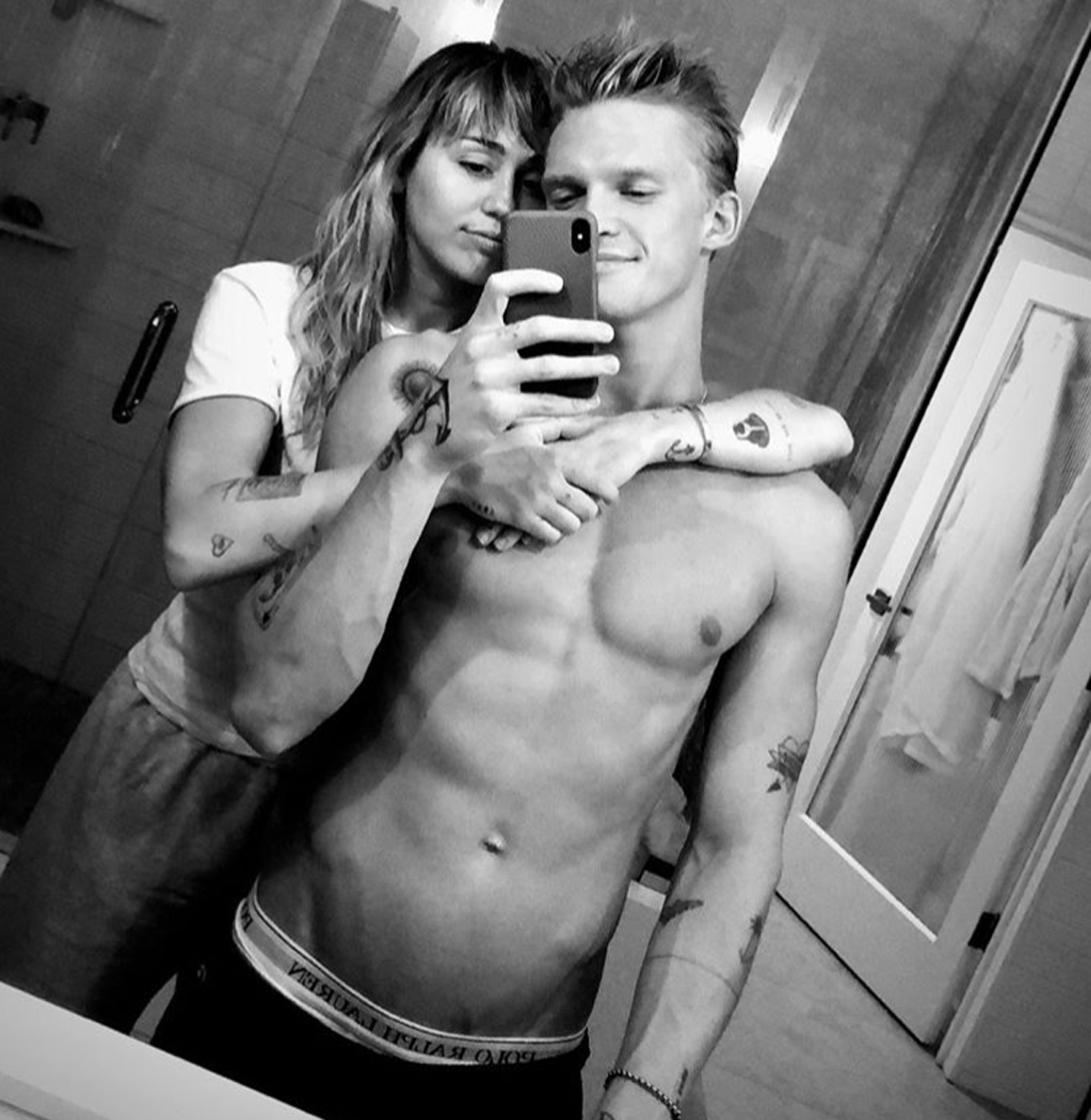 Simpson verified that he is “not single” and noted: “I’m very, very happy.”

The Aussie admitted that he “can’t really explain” how their friendship went to the next level. “It breaks the ice,” he said. “That had never happened to me before. Any girlfriend that I’ve had in the past has always been immediate romance, and so it’s kind of like a different experience having been friends with somebody before and developing that into something more. It’s just like a very natural, healthy feeling.”

Simpson listed the things he admires about Cyrus, 26. “She’s creative, she’s very passionate about what she does, and I’m very similar in that sense,” he raved. “That’s why we get along so well.”

The couple also bond over their love of music. “It’s just that I just have someone to come back to and someone who supports you,” he revealed. “I’m very busy now working on my album and that’s kind of been … I’m out most of the day doing that, and so it’s nice to be able to come home to somebody who gets it and understands you. I try to do the same for her and give her stuff. We always have as friends and now it’s just a little different.” 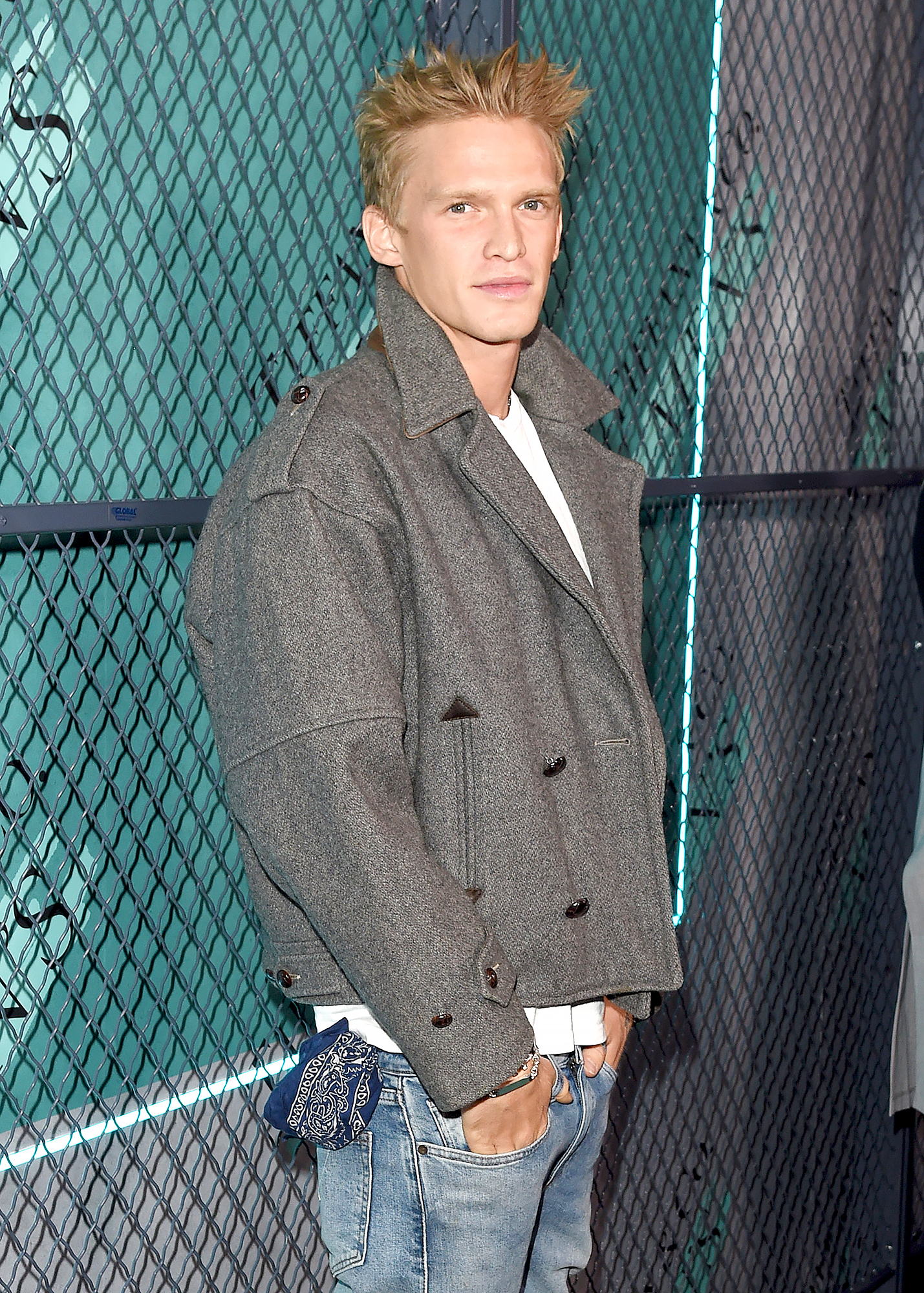 Simpson wrote a song for Cyrus amid her hospitalization for tonsillitis earlier this week, and she pushed him to release the track to the public. “She’s like, ‘If you don’t put this s–t out, I’m putting it out on your behalf for you. I’m getting your Spotify login and doing this s–t myself,’ and I was just like, ‘All right, all right, I’ll do it,’” he told reporters. “So I recorded it this week. I’m gonna put it up next week. It’s something I wrote for her while she was sick this week.”

As for the Hannah Montana alum’s health status now, the crooner assured she is “all right” and resting “in bed.”

Despite the fast pace, the “On My Mind” singer confessed it is “too early to say” whether the Last Song star is The One.

Cyrus was first spotted kissing Simpson on October 3, and the pair have not been shy about their romance since. She confirmed the relationship rumors on October 4 and called him her “BF” on Instagram on Tuesday, October 8.

The “Slide Away” singer announced her separation from Liam Hemsworth in August after less than eight months of marriage. The actor, 29, filed for divorce 11 days later.

Cyrus dated Kaitlynn Carter for a month after ending things with Hemsworth. However, the two split in September.

With reporting by Carly Sloane