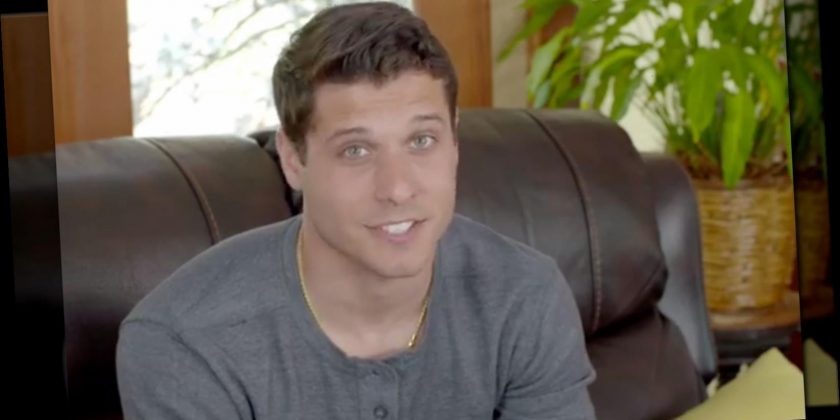 Cody Calafiore has officially won Season 22 of Big Brother. He returned to the second-ever all-star round after coming in second place during Big Brother Season 16 in 2014.

“I feel like it hasn’t really sunk in yet… It’s so weird. I feel like I’m still in shock… I haven’t even been able to talk to my family, but it’s amazing. I can’t complain too much,” he told Entertainment Tonight‘s Lauren Zima. “I still feel like I am still in the game and that and my head is still going… I have not gotten to decompress yet, but I feel like when that sinks in, that is when the emotions will flood in.” Cody’s win makes him the second person in Big Brother history to be unanimously crowned the champion, joining Dan Gheesling who did so in Season 10.

While he’s digesting his big $500 thousand win, he’s also reflecting on how he got to the top. In doing so, Cody Calafiore revealed the hardest thing about his Big Brother win.

In order to give himself the best chance at winning Big Brother, Cody Calafiore, who won the ever so important Head of Household Competition, made the difficult decision to eliminate his ally Nicole Franzel and take Season 12 alum Enzo Palumbo with him to the final.

“I felt like I was cutting my little sister,” he admitted to Entertainment Tonight. “It was the hardest thing, one of the hardest things I’ve had to do in my life, not just this game, take the game out of it… It was so much more personal, but the personal aspect is what weighed on me.”

Cody said he knew he had a much smaller chance of winning Big Brother if he were in the bottom two with Nicole, and said that, while it hurts, he stands by his decision. “With Enzo it was kind of up in the air,” he explained. “…I thought so much about it — that’s part of what I was doing this season, my head never stopped… I was racking through all of these different things.” Nicole knew there was a chance her friend would eliminate her, but she promised Cody that she would still vote for him during the jury vote. She loyally kept her promise.

Once Cody’s win finally sinks in and he rejoins the real world, he already has a plan of action. Here’s what’s next for the BB22 winner.

Cody Calafiore wants to work on his real world relationships

First and foremost, Cody Calafiore wants to mend his relationship with his “sister” Nicole Franzel. “I think it’s an open wound that I don’t know that I’m going to try to make her forgive me because I can’t ask forgiveness until she openly wants to forgive me herself,” he told Entertainment Tonight. “I’ll let her come to grips with it. I think she will. However long it takes it doesn’t matter to me because that’s not a friendship I want to lose.” In the end, Cody sees it as a game that he played, and he is ecstatic that he won.

Luckily for Cody, Nicole may be able to sympathize with him. She won Season 18 of Big Brother, so she has had her fair share of difficult game decisions. Nicole and Cody also appeared on Season 16 together, but did not have a relationship in any way. In addition to healing his new friendship, Cody is looking forward to making moves in his relationship with his girlfriend, to whom he says he may propose in the future.

Of course, Cody answered the golden question: Will he ever return to Big Brother? He did not rule it out. “Probably not in the near future because I think that is one of the biggest benefits that I had, a big gap, but if Big Brother called, how can I say no?” he questioned. “It completely changed my life.”