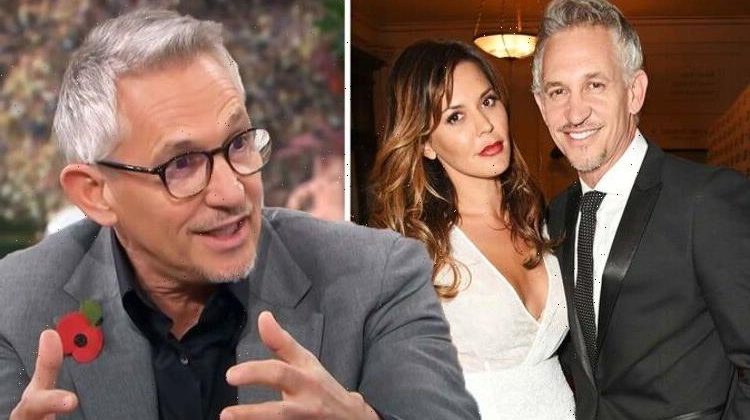 Zinchenko speaks with Gary Lineker about war in Ukraine

Gary Lineker, 61, denied reports that his home is still jointly owned with his model ex-wife Danielle Bux, 42, in a blunt statement on Twitter. The football pundit was married to Danielle for six years before announcing their divorce in 2016.

Despite their split, the pair have remained on good terms and are frequently seen together.

Following an outing in Los Angeles last week, Gary shared a link to an article which claimed they still own a house together.

In a tweet to his 8.4 million followers on Friday, the Match of the Day presenter fumed: “Another example of made up codswallop.

“We no longer own a house together. We haven’t got a mortgage together.

“They did get one [thing] right: we are still friends.”

Danielle also weighed in on the false report with a tweet of her own.

She wrote: “Would love to know which lender gave me a mortgage on my ex-husband’s house.”

In a follow-up tweet, Gary added that he normally ignores “this nonsense” but explained why he felt it was important to tell the truth.

He said: “I normally ignore this nonsense, but if you don’t call out misinformation/lies they give the perception of truth.

“The story is not important nor interesting, but the truth is important, more now than ever.”

Gary met Danielle in 2007 after they were set up on a blind date.

They married two years later in a lavish ceremony in Ravello, Italy.

The couple announced their split in 2016 after Gary reportedly felt he was too old to have more children.

Danielle has since married lawyer Nate Greenwald and they share a five-year-old daughter, Romy.

The Welsh actress also has a 20-year-old daughter, Ella, from a previous relationship

Earlier this year, Gary showed how close he remains with his ex when he admitted that she “still guides” him.

Writing in The Times, he confessed: “I still get fashion advice from my ex-wife.

“I’ve always been kind of safe, but luckily my second wife, Danielle [Bux], is very stylish and even now she guides me.”