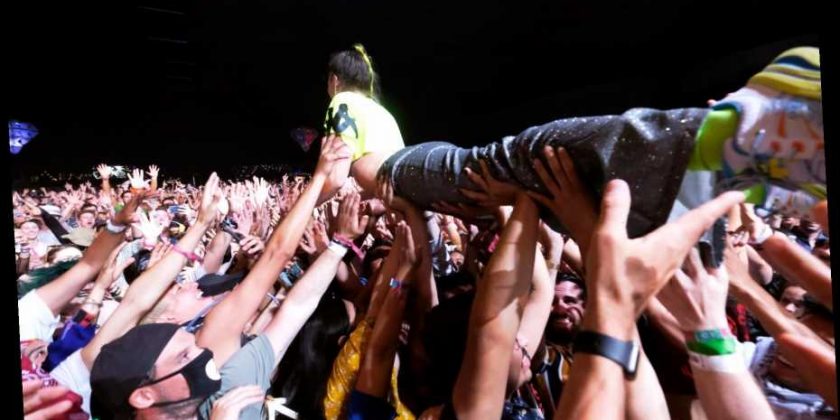 Following a massive surge in coronavirus cases in Southern California since the holiday season, the April 2021 returns for Coachella Valley Music and Arts Festival and Stagecoach Country Music Festival have been canceled, Dr. Cameron Kaiser, public health officer for Riverside County, announced on Twitter on Friday. This is the third time the festivals have been forced to reschedule since the pandemic began in March.

In an official order, Kaiser wrote that if the festivals were allowed to take place in April, the scope, number of attendees, and nature of the events would make it “infeasible, if not impossible” to trace risks and outbreaks.

The chances for such April 2021 had been dwindling since well before the holiday season. Multiple sources close to the situation first told Rolling Stone in October 2020 that Coachella and Stagecoach would move their April 2021 dates to further down the line: “Frankly, they were supposed to announce [the change] over Labor Day,” one person, who works at a major talent agency that represents popular festival performers, said. Other sources told Rolling Stone in October that Goldenvoice, the organizer that puts on the two gigantic festivals, was weighing various dates for October 2021.

Goldenvoice didn’t immediately respond to request for comment on Friday evening, and it has not made an official statement on Riverside’s health order.

With various Covid-19 vaccines now available for distribution, many live music industry insiders have begun to feel more confident about a return for concerts in 2021 — although spring had been a particularly optimistic estimate. Several artists’ teams told Rolling Stone in the last few weeks that they have been hoping for shows this summer or fall, and Live Nation, the world’s biggest concert promotion company, has said it expects business to return at scale this summer.

Coachella is one of the world’s most famous music festivals and kicks off live music’s festival season that usually starts in the spring. Several other prominent spring music festivals, including Ultra Music Festival in Miami and Glastonbury Festival in England, announced their cancellations within the past week.