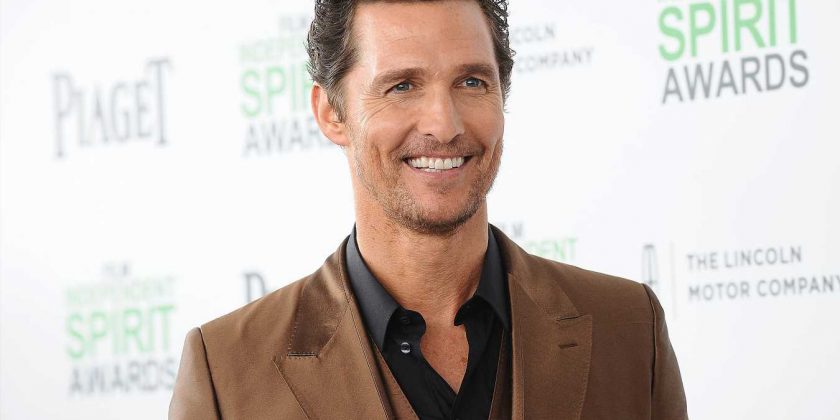 If these celebrities taught our college lectures, we would have perfect attendance

All right, all right, Professor Matthew McConaughey‘s class is now in session!

The Oscar winner is officially a faculty member at his alma mater, The University of Texas at Austin. He teaches a class called “Script to Screen” for the Moody College of Communication.

He has been a visiting professor at the university since 2015, co-teaching the class with director Scott Rice.

After delivering her masterclass in perfecting one’s smize to all of America, the supermodel then taught a course at Stanford’s business school in May 2017. The course was called, “Project You: Building and Extending Your Personal Brand.”

She told The Wall Street Journal she would be a tough teacher. “If I see somebody not paying attention, I’m gonna call on them,” she said. The America’s Next Top Model host also said that she’d allow phones in class, but would only let students use them to  “tweet something [she] said.”

In 1999, Winfrey co-taught a class at the Kellogg Graduate School of Management at Northwestern University alongside her longtime boyfriend, Stedman Graham. The course was called Dynamics of Leadership.

Kanye taught fashion classes in 2014 at Los Angeles Trade Technical College as part of a 250-hour community service sentence (the rapper had attacked a photographer).

At each, the Disaster Artist actor taught screenwriting and filmmaking.

The drummer for The Roots taught a course at the Clive David Institute for Recorded Music at NYU on Classic Albums in 2012.

The Academy Award-winning director enjoys sharing his talents with students, and he’s been doing so for years: He first taught at Harvard in 1991, then moved over to New York University in 1993 to teach at the university’s Tisch School of the Arts graduate program. He was appointed artistic director in 2002 and is a tenured professor.

Is there anything Amal Clooney can’t do? On top of being smart, gorgeous and married to George Clooney, the human rights attorney has been a guest lecturer at Columbia Law School, The New School and University of North Carolina at Chapel Hill.

The 30 Rock actor taught summer acting classes from 2003 to 2008 at Long Island University-Southampton College and Ross School. Baldwin was even named Distinguished Professor of Theater.

You can call him Professor Al! The legendary singer/songwriter taught a songwriting class at New York University in 1971.

The Harold & Kumar Go to White Castle actor taught at both UCLA and University of Pennsylvania. The courses he taught were titled “Images of Asian Americans in the Media” and “Contemporary American Teen Films.”

Penn admits that he wasn’t exactly a chill professor. “50 kids dropped the class the first week,” he told James Corden.