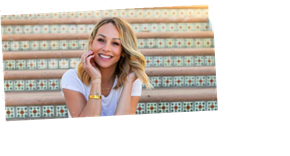 Former Bachelorette Clare Crawley is once again subtly “speaking out” about her Bachelor Nation feels via Twitter likes—this time implying that producers aren’t letting her do post-show interviews. As fans on Reddit first noticed, Clare liked a tweet questioning why producers don’t “let” her and Dale Moss “give multiple interviews like @Tayshia & Zac.” The tweet also noted, “I haven’t seen her/them on #BachelorNation or any interviews. The treatment is very cold. She’s a bachelorette too!”

This isn’t the first time Clare has made her opinion known via Twitter likes. Back in October 2020, she liked another pointed tweet saying she was “forced out” of The Bachelorette:

“I think they were trying to force her out on some real. It was reported that she quit 12 days after filming and she locked herself in her room and wouldn’t come out, which was hard to believe considering how bad she wanted it,” the tweet read, per Entertainment Tonight. “And I really feel like they are giving her a bad edit (just my opinion). They are feeding into the narrative and the rumors and making it seem like it was Clare’s decision that this ended and I feel like that’s not the case.”

Clare has been pretty low-key since her season ended—aside from a slightly messy breakup and makeup with Dale Moss. TBH fans would probably love to know what’s going on, so here’s to hoping she gives everyone an update soon.

You love all the deets on Bachelor Nation. So do we! Let’s talk through them all here.