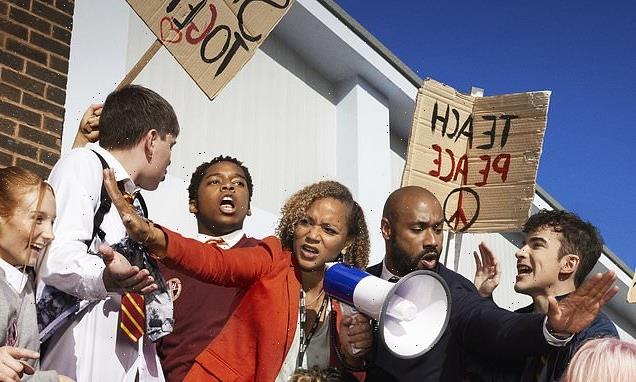 With a flourish of a vandal’s spray can, any pretence at BBC impartiality has gone for ever.

The culture wars are raging and Auntie is on the barricades.

The show, which last aired eight years ago, re-opened with a girl scrawling the word ‘racist’ across a metal plaque depicting her school’s 19th-century founder, one William Beswick. At least she managed to spell ‘racist’ correctly. That’s a decade of education well spent.

Her gesture sparked a playground putsch, with pupils waving placards proclaiming ‘Not my school’ and ‘Students against slavery’. Gallons of red paint were lobbed around, representing the blood of slaves. A bunch of thuggish boys turned up and started yelling ‘Snowflake!’ and other insults at the rioters. 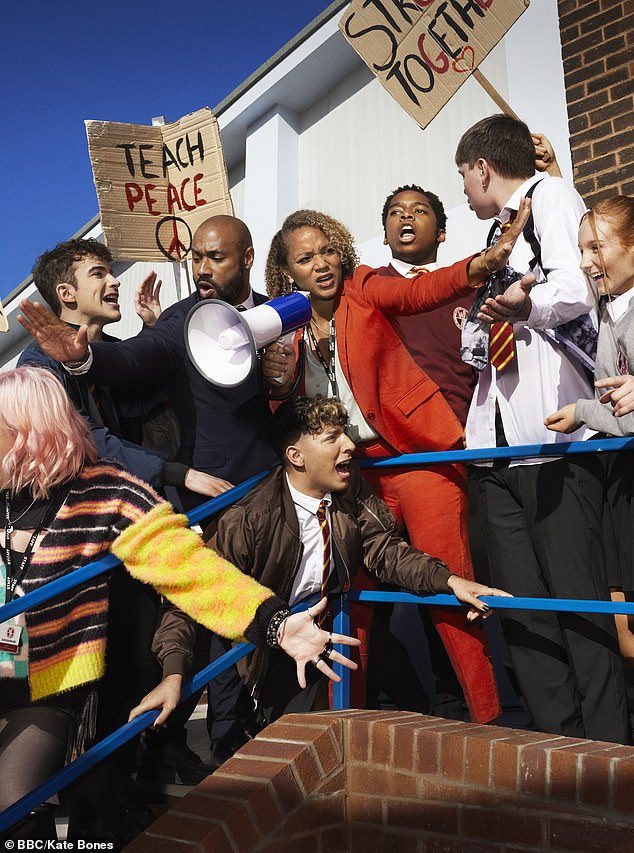 The anti-woke brigade all appeared to be white, working-class and male. However much lip-service the Beeb might pay to its ‘diversity agenda’, promising to represent and even (gasp!) employ young white Brits from low-income backgrounds, it’s obvious that BBC bosses regard them as the cultural enemy.

Teachers trying to quell the riot made no secret of their support for the pupils’ violent grievance. ‘We’ve got a white supremecist’s name on our blazers,’ shrieked one girl. ‘That is not OK.’

William Beswick was torn down from the wall. What crimes he may have committed were not revealed but evidently, one was to set up a free school for underprivileged children, in an era when the government didn’t pay for universal education. What a cad.

None of the characters discussed this, because the drama has no intention of being balanced or tackling complex social issues seriously. The intention is only to posture and establish the BBC’s moral superiority.

As well as being blatantly political, it is irresponsible of the corporation, even reckless, to inflame racial unrest in schools. Waterloo Road aired at primetime, just before the beginning of a new term.

Are BBC executives deliberately trying to stir up violence and unrest in British schools?

Do they care that countless young people will watch and might think it looks glamorous and virtuous to start a classroom riot?

Not everyone at New Broadcasting House is thrilled with the virtue-signalling agenda.

Si King and Dave Myers, on The Hairy Bikers Go Local (BBC2), were struggling to hide their loathing for their new electric motorcycles. ‘There’s no clutch,’ groaned Si, scrabbling with the controls. ‘There’s no engine noise, there’s no vibration.’

‘We’ve got to embrace the future,’ agreed Dave with a half-hearted attempt at enthusiasm. But misery was written all over the pair when they arrived in silence at a South Wales farm.

What’s the point of being a biker if you can’t rock up with that Harley-Davidson animal roar? Their new format was in better fettle. Dave and Si find a friendly restaurateur who is keen on local produce. Then they scour the surrounding countryside for rare produce. This time, they found Wye Valley mead and truffles, and green tea grown on the banks of the Bristol Channel.

These boys love their grub so much, they sometimes resort to poetry. Watching Si garnish a rice dish, Dave sighed: ‘The delicacy of a butterfly landing on a geranium.’

Dave didn’t mention his recent cancer treatment, other than to say he hasn’t had much time for cooking lately. But these two old geezers always look out for each other. There’s a genuine friendship that’s lovely to see.

Hypocrite of the week: PM Harold Wilson was a Pipesmoker of the Year… but Kevin McNally, playing the PM in Stonehouse (ITV), is chain-smoking cigars. That’s historically accurate — Labour leader Wilson hid his love of Havanas, fearing voters would think he’d gone posh.