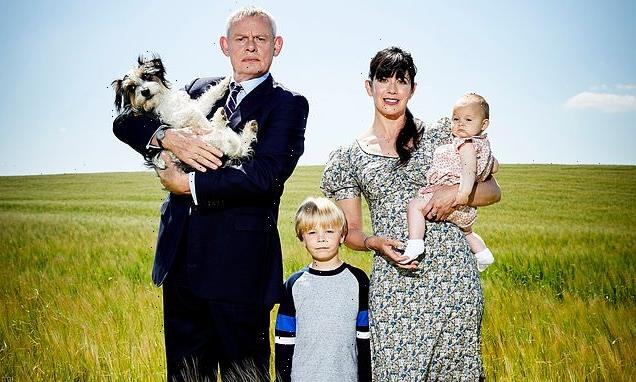 Never mind policemen — the real sign of encroaching age is when pensioners start to look younger.

For anyone who still thinks of Martin Clunes as the irresponsible, boozy lad Gary in Men Behaving Badly, it’s an uncomfortable jolt to realise he’s been playing Dr Ellingham in Doc Martin (ITV) for nearly two decades . . . and has now hung up his stethoscope.

Not that the doc has retired, good heavens no. He’s just ceased to practise as a GP and hangs around the house all day, mending clocks and getting under his wife’s feet.

Clunes is 60 and this is expected to be the final series for the show, which launched in 2004. That’s a great shame, because his character is as entertaining as ever — and the drama continues to attract big guest stars. 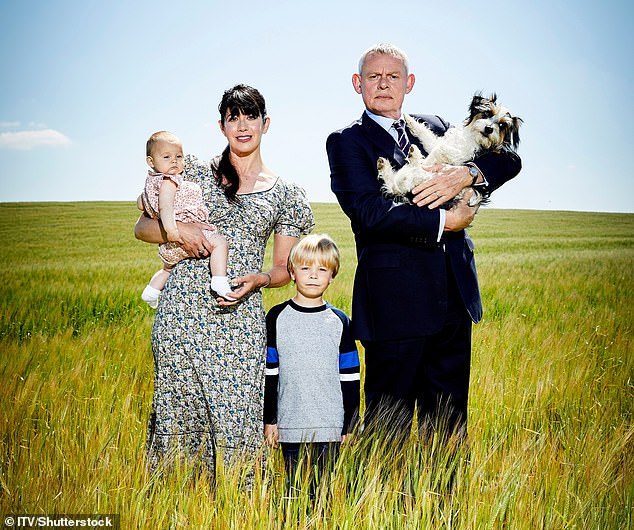 This time, it was Fay Ripley who arrived in the UK’s most notorious disease hotspot and was instantly stricken by a rare form of respiratory collapse.

Just as no two people in Midsomer have ever been killed by the same method, every illness in Portwenn is unique. It’s remarkable that the village survived with just the one GP — you’d think they might have their own university research lab by now.

Ripley (the Cold Feet actress, not the Alien hunter) was having great fun as a highly strung mum going through what she described, like Tammy Wynette, as a D-I-V-O-R-C-E.

Nervous exhaustion quickly escalated to a blackout at the wheel of her BMW, just as she was taking a sharp bend on a coastal road. With the car teetering in a literal cliffhanger, the doc managed to haul her free while simultaneously administering life-saving medical aid. 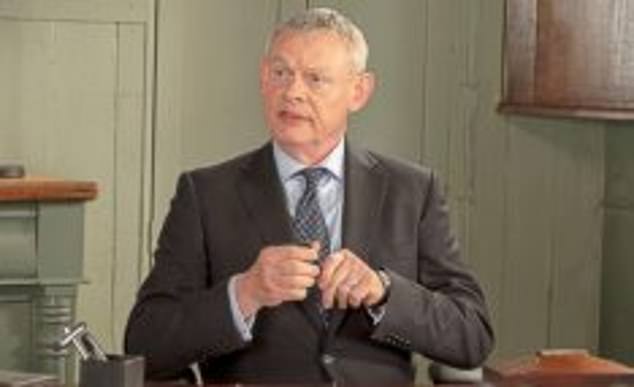 Doc Martin is a British ITV medical comedy drama series, starring Martin Clunes as grumpy city medic, Dr. Martin Ellingham (pictured), a GP with a brusque bedside manner and a phobia of blood, forced to live in the idyllic, sleepy hamlet of Portwenn in Cornwall

It’s all so light-hearted that there’s no real sense of jeopardy. We’re just as thrilled to realise Martin has rearranged the cutlery drawer without telling his wife Louisa (Caroline Catz).

But every petty drama stirs a warm undercurrent of emotion, as Bert and his son Al (Ian McNeice and Joe Absolom) find themselves running a derelict caravan park, and the doc’s venerable aunt (a retired forensic psychologist played by 88-year-old Dame Eileen Atkins) announces she is off to Mexico for a conference on serial killers.

By the end of the hour, Martin had resumed his GP’s practice, and all was as before in the village. Why ITV has to retire this series is anyone’s guess. It’s ageless.

Nadiya Hussain won’t retire as long as there are mouths to feed. The delight she takes in creating quick treats for her family is evident on Nadiya’s Everyday Baking (BBC2). She’s so dedicated that she sometimes gets up at 4am to pick roses, she says, because that’s when the flower petals are tastiest. 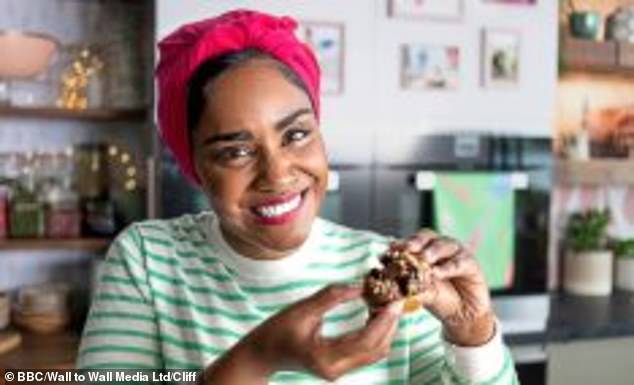 Nadiya, who has three children aged 11 to 16, revealed last week that she and husband Abdal would like to adopt another. ‘I’ve got room in my heart,’ she said

Sweetest and most colourful of all were her meringue sandwich lollipops — two slabs of crunchy, sugared egg white, glued together and popped on a stick. A clever trick with streaks of food colouring in the piping bags meant her meringues were multi-coloured.

Other delicious dishes were her coffee cake with a creamy topping, and a cheesecake sliced into bars. By the time she made a cream-tea pudding, cholesterol monitors were flashing alarms all over the country.

Nadiya, who has three children aged 11 to 16, revealed last week that she and husband Abdal would like to adopt another. ‘I’ve got room in my heart,’ she said.

There’s a lucky child somewhere who might grow up wolfing traybakes and rose petals. What a start in life!